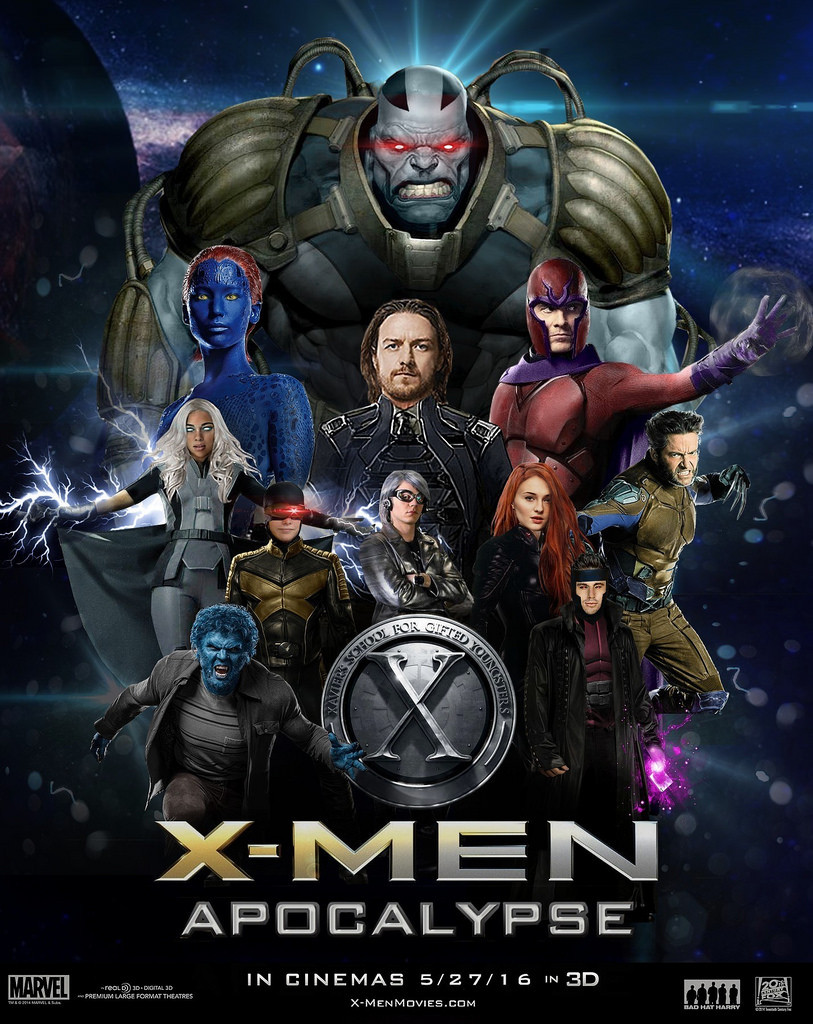 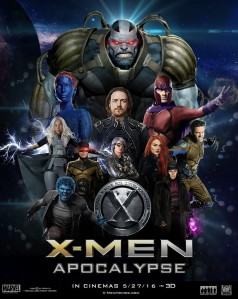 “[sends the world’s nuclear weapons into space] Always the same, and now all this. No more stones. No more spears. No more slings. No more swords. No more weapons! No more systems! No more! No more superpowers… So much faith in their tools, in their machines. You can fire your arrows from the Tower of Babel, but you can never strike god!” – Apocalypse

Brief Synopsis – A mutant from the time of the Pyramids is awoken and wants to prove to the world that he is a god with only the X-Men to defend the world against his wrath.

My Take on it – This is an entry in the franchise that begins to show the stretch marks.

It’s a good edition to the franchise, but is missing many of the elements of some of the previous installments that would make it even better.

It unfortunately isn’t as powerful in its message and feel too generic as an action hero film instead of finding a uniqueness needed to make things work better, even though it does work in a lot of the aspects that we have come to expect from an X-Men film.

Great seeing the characters who we have grown to enjoy watching from this part of the time strand return in order to once again defend the world from a villainous mutant.

This film once again proves the effectiveness of an ensemble cast of characters that use their powers to complement one another as they go to battle.

The story starts off really well and then gets a bit lost along the way, before it finds itself once again towards the climax.

The special effects are wondrous to watch and allow us to see how proper special effects can enhance a film as the story begins to show the various powers of these mutant.

The biggets problem here is that this story line has much more potential and at certain points it feels a bit wasted due to the feeling that things are being rushed along.

Nice seeing most of the cast return from the previous outings of this time strand along with some newcomers who are essential in the future time strand like Cyclops, Storm and Jean Grey.

Oscar Isaacs is a great actor but he is very underused here which is a shame.

Thankfully, in the few scenes the he does appear in, we can see how effective he can be in such a villainous role.

Bottom Line – Another good installment of the franchise that isn’t as powerful as some of the previous entries, but still remains effective. Great seeing the characters that we have grown to know and love return to fight another battle. Once again, they prove how effective they can be as a team whose powers complement one another. The story itself gets a little stale towards the mid way point and things turn into a typical generic action film which is a bit of a shame tho. The effects are once again wondrous and allow us to see what can be done with proper special effects that can enhance the story and our view of the effects of the powers that these mutants all wield. This story has so much more potential that feels a bit wasted because it feels too rushed along the way.  Really enjoyed seeing the cast return from the previous outing along with younger versions of some of the other characters who are essential to the future of the timeline like Cyclops, Storm and of course Jean Grey.  Isaacs is unfortunately underused here as the main villain and is somewhat wasted in that part even though he is superb in the few scenes that he appears in. Recommended!

MovieRob’s Favorite Trivia – When Apocalypse arrives at Storm’s home, what is playing on her television is the Star Trek (1966) episode Star Trek: Who Mourns for Adonais? (1967), whose story mirrors Apocalypse’s own behavior. In the episode, a powerful entity who was worshiped as a god on old Earth meets modern humans and throws a temper tantrum upon learning that they have no more use for old gods. (From IMDB)

Genre Grandeur Worthy? – Not quite. They are effective in the way they show how essential an ensemble team can be, but the story has a few too many weak points.