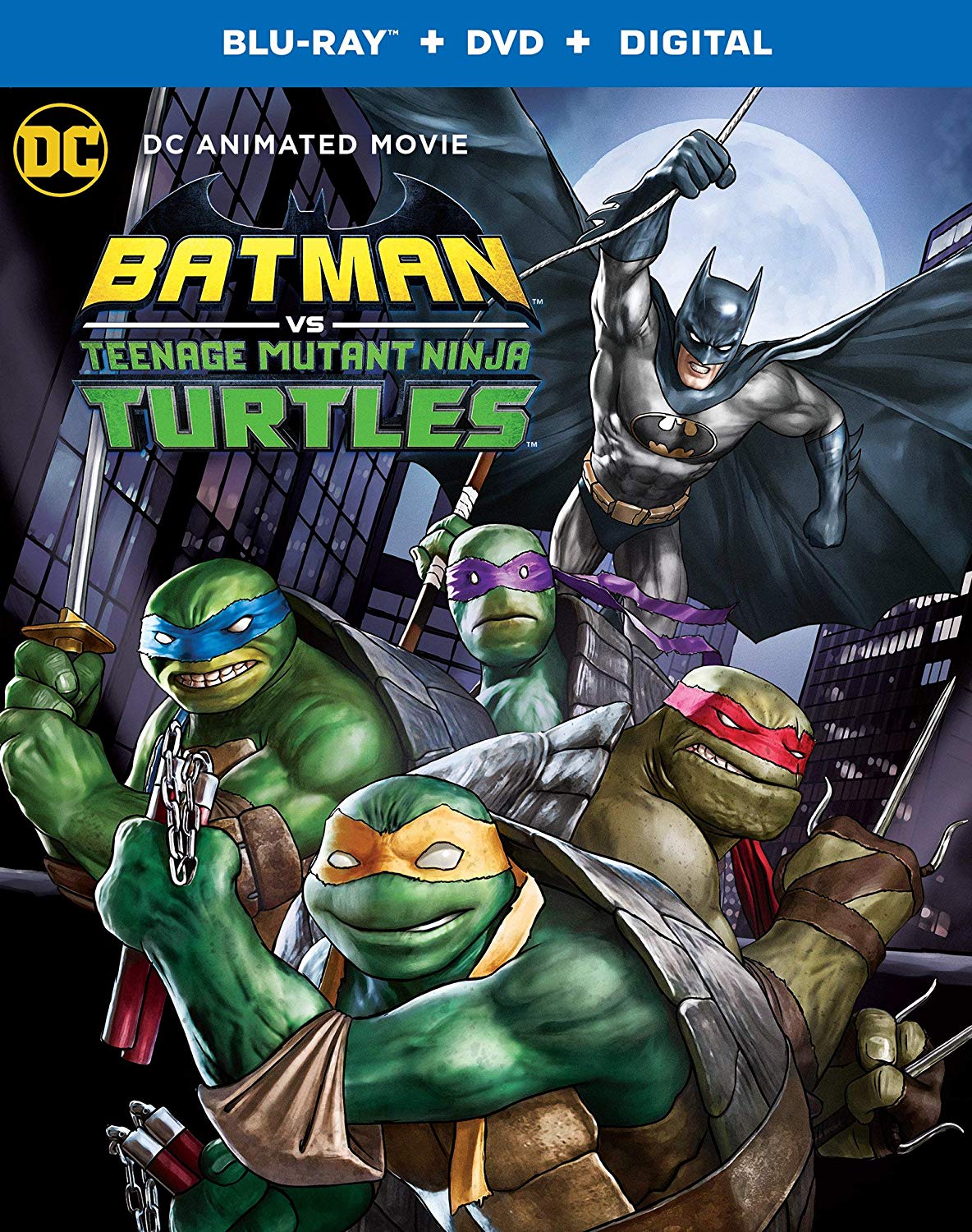 “This is not the time for pizza.” – Batman

Brief Synopsis – In order to stop Ra’s Al Ghul and The Shredder from using a new drug to transform all of Gotham into mutated monsters, Batman teams up with te Teenage Mutant Ninja Turtles.

My Take on it – This is a film that I’ve actually avoided watching for a while because I thought that the mere concept of this match up was ridiculous.

Thankfully, a friend convinced me to give it a shot without any real preconceived notions about it.

What resulted was quite surprising to me because despite it sounding crazy, this match up actually works really well.

The way that Batman and the Turtles interact with one another is quite interesting and allows us to see how their fighting styles can complement one another when needed.

The same holds true for the teaming up of the villains who also show how well they can work together in achieving their various goals.

The plot of this film is pretty clever and lets us see how a potential merge like this one can work on numerous levels.

The “light” nature of the Turtles is balanced really well by the extremely dark nature of the Dark Knight in keeping things more fun and enjoyable as the story moves forward.

The culture clashes between them also is fun to see because it allows us more insight into the true nature of these characters.

The best part of this film is that it gives us the ability to see how some of the best characters of Gotham can be transformed into mutants yet still find a way to retain their personalities along the way.

Bottom Line – Really surprised me that this was quite good. The way that Batman and the Turtles interact works really well in showing how they can complement one another when fighting with their enemies. The plot is quite clever and allows us to see how a merge between these two very different series can work on various levels.  The film is filled with lots of culture clashes between them which enhances the fun of it all which is more balanced between the “light” nature of the Ninja’s and the much darker nature of the Dark Knight.  Great seeing how Gotham’s best characters can be transformed into mutants yet still retain much of their personalities along the way.  Recommended!

MovieRob’s Favorite Trivia – In the opening heist, one of Penguin’s henchmen resembles the mutant leader from The Dark Knight Returns, including the square glasses, a look also similar to Krang’s robotic body from the original Teenage Mutant Ninja Turtles cartoon. (From IMDB)