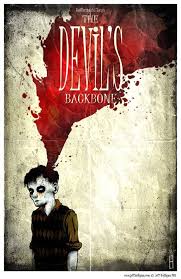 “[to Carlos] The devil’s backbone. Children who should never have been born. ” – Casares

Brief Synopsis – A young by arrives at an orphanage during the Spanish Civil War and gets the feeling that the ghost of a child who used to live there is trying to contact him.

My Take on it – This is a film that I’ve been interested in seeing for a while since I’m a fan of Guillermo Del Toro’s work, but was trepidation about it since I’m not the biggest fan of horror films.

They give us a very intriguing look at a war torn world through the eyes of a young boy who is too young to completely understand and comprehend all that is gong on around him.

Just like in GDT’s future film Pan’s Labyrinth (2006), the story is able to weave a fantastical elements into a bloody civil war that take no prisoners regardless of their age.

There are characters who switch their allegiances in the blink of an eye and you never quite know what will happen along the way.

The story works well because it can be viewed from multiple perspectives and that gives one different levels of insight depending on who’s viewpoint you look through.

The ghost story elements help the story movie long well and don’t take complete control of everything going on which helps keep things more grounded and realistic along the way.

As a film about growing up, it works quite well because it tries to show that not all of the truths that a child believes to be are never as clear cut and simple as they might think.

The story adds some elements that allow us to see the true convictions of some of the characters which helps make it even more enjoyable to watch unfold.

Bottom Line – Interesting look at the world from the eyes of a young child who doesn’t quite understand everything that is truly going on around him. Like in Pan’s Labyrinth (2006), GDT is able to mix together a bloody civil war with fantastical elements.  The story can be viewed from various levels as it all depends on the view of who’s perspective one looks at the events depicted. This is a film about growing up yet also trying to learn the truths about the world which are not always as clear cut and simple as one might perceive it to be. Recommended!

MovieRob’s Favorite Trivia – Was strongly inspired by the director’s personal memories, especially his relationship with his uncle, who supposedly came back as a ghost. (From IMDB) 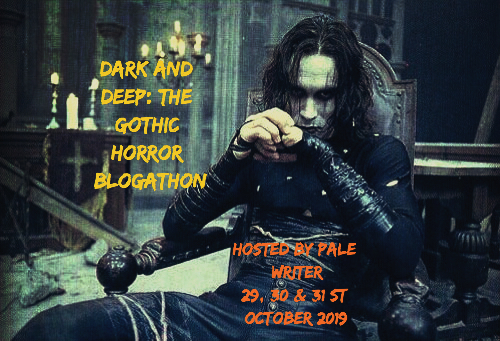