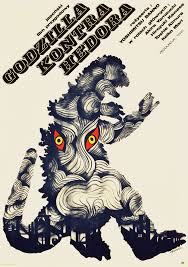 “Superman beats them all!” – Ken Yano

Brief Synopsis – After an alien life form lands on Earth, he transforms into a monster by pollution of the world and only Godzilla can try and stop him.

My Take on it – This is a film that gives the viewer exactly what they can expect from a Japanese Godzilla film of the 70’s.

The story is ridiculously silly and the end result is a very bad monster flick that comes across as being really funny because it’s so terrible.

The special effects are horrendous and laughable.

The fact that Godzilla was played y a man in a monster suit takes so much away from this kind of film and the idea that they never try to sugarcoat that effect makes it even more annoying to watch.

The film’s story has a bit of merit to it since it tries to be a story about environmentalism yet that message gets lost along the way due to the absurdity of this entire film.

The battles between these two monsters are presented in a pretty silly way and can be viewed as being laughable because it is done so horribly.

Bottom Line – Hilariously bad monster film that delivers exactly what one can expect from it. The special effects are terrible and it’s annoying seeing that Godzilla is just a man in a monster suit and that they don’t even try to disguise that fact. The story itself is meant to try and show an environmentalist view of this, but that gets lost in the way that the story limps along.  The battles between the two monsters are fun from the perspective that this is what can be expected but it fails to offer very much beyond that.

MovieRob’s Favorite Trivia – Over the decades, fans have kept wondering what the strange orbs that Godzilla rips out of Hedorah’s dried-out body actually are. Most think that they are either eggs or his eyes, and there’s a common joke that they are his testicles. According to the director, those are meant to be Hedorah’s eyes, which he considered the most important part of a person’s body. The movie also has a running theme of eyes being injured. (From IMDB)