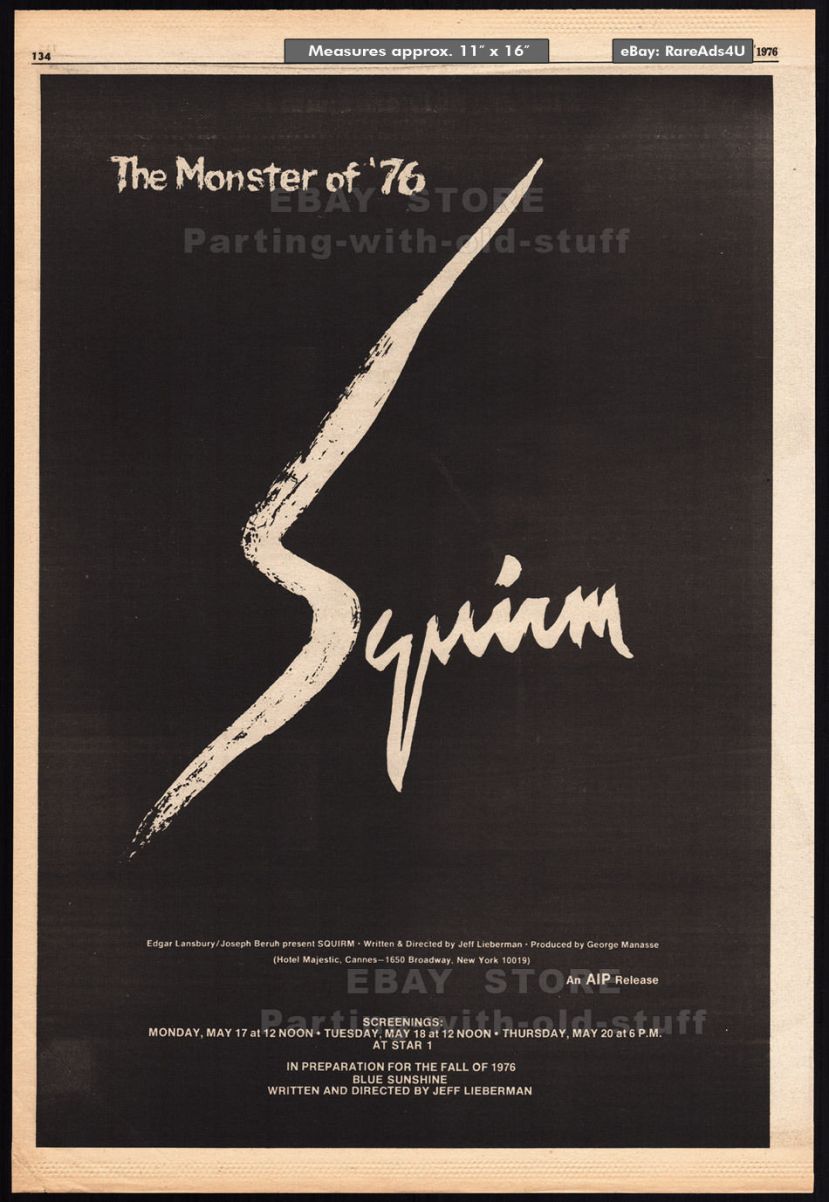 Brief Synopsis – After an electrical storm, the worms of a small town in Georgia become flesh eating monsters.

My Take on it – This is a film that I chose to watch in preparation for a podcast and knew absolutely nothing about before watching it.

As someone who isn’t a fan of horror films, I wasn’t quite sure what to expect here and braced myself when I started to watch it.

This was a horrendous film that is so bad it’s actually quite humorous to watch how it all unfolds.

The story itself is extremely silly and the simplistic special effects doesn’t help make it any better especially when the worms all look like mounds and mounds of spaghetti.

This movies plot is filled with so many plot holes that it makes it really difficult to try and look at any of this with a perspective of any of it possibly seeming plausible.

The characters all seem like complete caricatures and none of them are developed well enough.

The story has a few nice surprises which make no sense what so ever especially when they never give the audience any kind of explanation to things.

As an animals attacks film , this movie is quite corny and makes no sense.

It is presented as a true story, but there is no way that these events ever occurred especially given the way that they present this story with an inconsistent plot that makes things seem as if the crew never took the time to watch the film during editing because this is a complete mess!

Bottom Line – Terrible film that is so bad that it’s hilarious to watch. The story is quite silly and the added fact that the special effects are done in a very simplistic and silly fashion hurts things even more. This film is filled with lots and lots and lots of plot holes that take any kind of possibility of this story being perceived as slightly plausible and quickly squashes it. None of the characters are developed well enough and they all seem like caricatures which also hurts things a lot.  This is an extremely corny animals attack film that fails to seem like it could happen because of the way it is presented to us with so many inconsistencies in the plot that it seems as if the crew never really watched this the whole way through in order to make sure that it makes sense.  Pity….

MovieRob’s Favorite Trivia – The amount of sea worms used in the film was countless, as the production would order shipments of 250,000 Glycera worms at a time. The production would end up wiping out New England’s supply of Glycera fishing worms that year. (From IMDB)