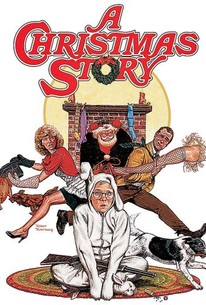 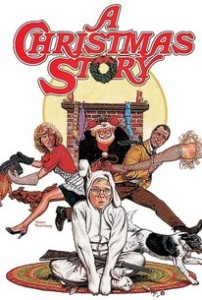 “He looks like a deranged Easter Bunny.” – The Old Man

Brief Synopsis – A young boy in the 1940’s dreams of getting a BB gun rifle for Christmas and tries to find a way to convince his parents to buy it for him.

My Take on it – There’s a reason that many people consider this film to be one of the best Christmas movies and that has to do with the fact that they find a way to make the story feel so nostalgic for anyone who once was a kid.

It doesn’t matter what era one grew up in because the story feels timeless and is quite relatable to most people.

They present things from the kids perspective really well which allows us to feel as if we are that very kid experiencing everything along with him.

The cast is perfectly chosen and each of them finds a way to present the unique quirks of their characters really well.

Peter Billingsley is an amazing choice for the lead and he gives off an attitude and personality that allows for the viewer to feel so close to him and all that he deals with here which helps make things even more relatable to almost everyone.

The choice to use narration in this story is also a great one because it adds to the nostalgic atmosphere of things and allows for this story to feel timeless in its story and message the whole way through.

Bottom Line – Nostalgic look at the way kids see the holiday season which is presented really well.  The cast are all perfectly chosen and they each get the various quirks of their characters really well. Billingsley is a great choice in the lead role because he has the kind of attitude and personality that makes his character so relatable to almost everyone. The narration also works well to help create a nostalgic atmosphere for the story because despite the story taking place in the 1940’s, the premise and issues discussed are quite timeless. Recommended!

MovieRob’s Favorite Trivia – According to Peter Billingsley, not many major studios were interested in a story about a little boy in the 1940s who wanted a BB gun for Christmas. Billingsley said the studio agreed to make this film if Bob Clark agreed to make a horror film. (From IMDB)