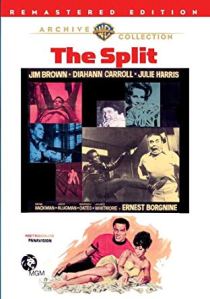 Brief Synopsis – A group of thieves plan the perfect heist of half a million dollars at a sporting event, but when something goes wrong, they all turn on one another to try and find out why.

My Take on it – This is a film that I chose for this blogathon due to the fact that former marine Gene Hackman has a supporting role in the film.

The premise itself was quite intriguing and works even better due to the superb cast.

Jim Brown is great in the lead role and plays this very gritty character just right.

The characters are all developed in a nice way and I really enjoyed the way that all of them skirt the fine line between good and evil the whole way through since it helps make them each very unpredictable as to what they will do next.

This film is filled with some great twists and turns along the way that help take things into very unexpected territory which adds so much more suspense and thrills to it all.

The heist is planned out really well that we get a clear idea as to what they plan to do and how they will execute it all based on the expertise of each of them.

Once things begin to unravel, they leaves things open in a way that anything can happen which leaves some nice surprises for both the characters and the viewers along as things unfold.

Bottom Line – Really fun heist film that works really well largely due to the great cast. Brown is great in the lead and is helped by Sutherland, Borginine, Carrol, Harris, Klugman, Oates, Whitmore and Hackman who all add so much to the way that the story unfolds.  The overall story line is dealt with in a gritty way and the best part of this film is that fact that all of the characters are multifaceted and they all skirt the line between good and evil the whole way through.  The twists and turns are also great and allow for things to keep surprising along the way which adds so much to this thriller.  The way that the heist is planned out helps us get a clear idea of what should happen until things start to get out of hand. Recommended!

MovieRob’s Favorite Trivia – This film was the very first theatrical release to receive an R rating from the then-new MPAA’s film rating system. (From IMDB) 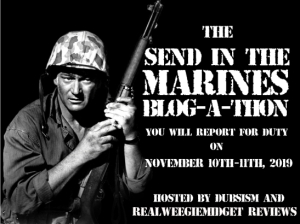