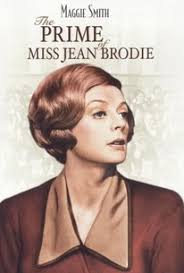 Brief Synopsis – A teacher in a private girls school in England tries to impart knowledge to her students both via academic lessons in class and lessons in life outside of the classroom.

My Take on it – This is a great story that works really well largely due to the captivating performance by Smith in the title role.

She helps make her character come across as being quite charismatic and it’s easy to see the kind of influence she has on both her students and her fellow faulty members.

I was quite impressed with the way that this film is able to age these characters so well over the course of the film and was shocked to learn that they used the same actresses for portraying these characters both when they are younger and older by the use of clothing, makeup and hair-styling.

The pacing of this story is done really well and they do a great job showing how authority figures an be so influential to young minds both for better and for worse.

Smith is superb in this role and was quite deserving of her Oscar for Best Actress for her work here.

Bottom Line – Great story that is led by Smith’s very charismatic portrayal of this character who is able to influence both her pupils and the faculty around her. The film does an impressive job of aging these young characters over the course of the story and it’s mesmerizing to realize that they are all the same actresses playing the younger and older versions. The story moves along at a great pace an we get to see how people can have their lives affected both for better and for worst by influential authority figures. Smith does an amazing job here and was quite deserving of her Oscar for Best Actress for her work in this movie.

MovieRob’s Favorite Trivia – Seventy-five girls were needed for the film, and about 500 showed when auditions were held in London. Faced with such an overwhelming number, the director’s assistant separated the girls into more manageable groups of twenty. The director then asked each girl to giggle, and he made his selections based on how well the girls could do so. (From IMDB)