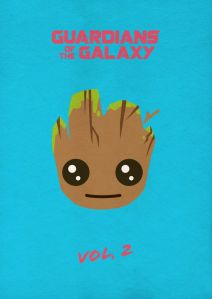 “[to Quill] There are two types of beings in the universe, those who dance, and those who do not.”- Drax

Brief Synopsis – Peter Quill’s quest to find his real father leads him to a being known as Ego who isn’t exactly what he claims to be.

My Take on it – As a HUGE fan of the first film in this series, I was quite psyched to see what they would do with the characters in the sequel.

They don’t disappoint at all and the story jumps right into the action since there is no need to develop any of the main characters.

This film slowly expands on all of the characters while introducing us to some new ones that helps create a larger world for us to take in.

The story is quite balanced between dramatic, comedic and action scenes and knows how to blend both poignant and funny scenarios together superbly.

Love how this is in effect a stand alone film in the franchise, yet they have some great hints as to how they connect to the overall MCU films.

Kurt Russell is a superb choice for the role of Ego and plays this character so well despite a few minor plot holes in his story line.

The action scenes are great and are enhanced by exquisite special effects which make things so much more enjoyable to watch.

Like in the previous film, the soundtrack is splendid and enhances the film so much because it helps create the mood throughout.

The added fact that these characters know one another so well also helps make this film so much more enjoyable because we can see that in the intervening years since the previous film, they have become a much more cohesive team who can anticipate each other’s moves while also complimenting one another’s abilities.

Can’t wait to see where they take these characters next!

Bottom Line – Fascinating sequel that expands even more on the characters introduced in the previous film while also giving us some new ones. The story stays fun throughout and there are lots of humorous and poignant moments throughout the film. The story knows how to stay balanced as it tries to tell a stand alone story along with hints as to how this story is connected to the rest of the MCU. Russell is great as Ego and plays this character so well even if there are a few minor holes in the story as presented. The special effects are superb and enhance the action scenes so much. Once again this film is accompanied by an amazing soundtrack that helps make things so much more fun and enjoyable to watch unfold.  The fact that the characters seem to be working together for quite some time between the two films, it allows them to work as such a cohesive group which lets them anticipate the moves of one another along the way. Highly Recommended!

MovieRob’s Favorite Trivia – According to James Gunn, Groot always freezes when Drax catches him dancing because he knows Drax disapproves of it. Drax explains that he was attracted to his late wife because she steadfastly did not dance. (From IMDB)