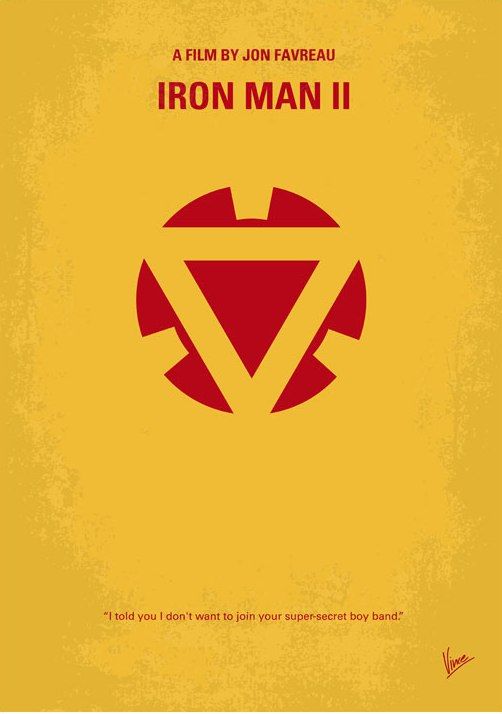 “Well, you can forget it. I am Iron Man. The suit and I are one. To turn over the Iron Man suit would be to turn over myself, which is tantamount to indentured servitude or prostitution, depending on what state you’re in. You can’t have it. ” – Tony Stark

Brief Synopsis – Stark must deal with a rival weapons manufacturer and a rogue Russian who band together to try and seek revenge in him.

My Take on it – This was the very first film in the MCU franchise to be a sequel which meant that it was already past the origin stage of story telling.

As the spearhead of the team of Avengers, Iron Man is a complex and worthy character and this is a fun addition to his story line.

Robert Downey Jr. once again shows ow perfect a casting choice he was for this character and gives an amazing performance as Iron Man and his alter ego, Tony Stark.

The biggest problem that I had with this film is the fact that the two villains in the film aren’t developed well enough and both come across as being a bit too tame and not menacing enough at all.

The special effects in the film are glorious to watch because they enhance the story and help make this film even more realistic to watch unfold.

Loved seeing Gary Shandling in a small yet hilarious role as a politician doing his best to keep Stark and his company from working with the government.

The story is a stand alone story and isn’t connected that much to the overall MCU story line besides trying to establish the character of Tony Stark and how he relates to the rest of the superheros in the series.

Don Cheadle does a nice job replacing Terrence Howard as Rhodey and will continue to play this character for the rest of the film sthat he his character had a part in.

Bottom Line – Another fun film in the Iron Man saga. Downey Jr. once again shows how perfect he is for this role as he plays this character so well. Unfortunately tho, the villains in this film are both a bit too tame and not menacing enough.  The action scenes are enhanced by the glorious special effects in the film.  Shandling is great as a devious politician who tries to stop Stark from working with the government. The story is fine, but something feels a bit missing when trying to look at the overall picture of the stories presented in the MCU. Cheadle does a great job stepping into Howard’s shoes and remains the character throughout the rest of the series.  Recommended!

MovieRob’s Favorite Trivia – Jon Favreau had a lot of friction with the Marvel higher-ups due to their constant intervention, to the point that they were having him rewrite the script as the film was still shooting. In particular, elements such as the increased prominence of the S.H.I.E.L.D. subplot were the result of a need to establish the greater Marvel Cinematic Universe, in preparation for The Avengers (2012), at the expense of the coherence of the film’s own plot. These disputes got so bad that Favreau turned down directing Iron Man 3 (2013). (From IMDB)