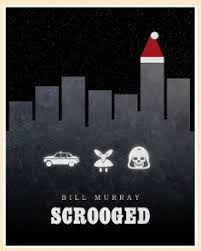 “The bitch hit me with a toaster!” – Frank Cross

Brief Synopsis – In this modern day adaptation of Charles Dicken’s A Christmas Carol, a TV executive is shown his past, present and future by 3 ghosts in an attempt to get him to change his mean ways.

For this year’s LAMB Holiday Special Movie of the Month, Jay and Richard were joined by second-time holiday MOTM winner Todd to discuss his second favourite Dickens adaptation, alongside Chris and MovieRob. They talked ghosts, 80s celebrities and versions of A Christmas Carol, both with and without muppets!

Check out the podcast HERE

Tnx guys for letting me take part in this great discussion!!!

MovieRob’s Favorite Trivia – Bill Murray and Director Richard Donner reportedly did not enjoy working together, creating a lot of tension on-set. When asked by film critic Roger Ebert if he had any disagreements with Donner, Murray replied: “Only a few. Every single minute of the day. That could have been a really, really great movie. The script was so good. There’s maybe one take in the final cut movie that is mine. We made it so fast, it was like doing a movie live. He kept telling me to do things louder, louder, louder. I think he was deaf.” (From IMDB)