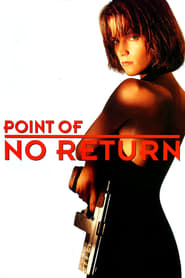 Brief Synopsis – A drug addict is trained by the government to be the perfect assassin.

My Take on it – This film has an interesting premise but something similar has been done over and over in Hollywood both before and since this one was made and this film doesn’t manage to bring anything new to the theme.

I have always been a fan of Bridget Fonda but as fine a job as she does here in this role, she constantly feels very much out of her league and is much more fitting to appear in a romantic comedy or a drama than an action thriller like this one.

The actin scenes in this film are fine, but they don;t attempt to do much that would make things stand out and it feels much too generic the whole way through.

The best part of this movie is the appearance of Harvey Keitel as Victor the Cleaner.

He is able to steal the limelight during his very few short scenes and makes the viewer wish that the film was about his character instead of Fonda’s.

The film tries to show chemistry between Fonda and Gabriel Byrne but those scenes feel much too forced and don’t work at all.

This is a film that has its moments, but overall is just more of the same…

Bottom Line – Intriguing idea that has been done better numerous other times. Fonda is fine in this role, but she feels a bit out of her league in an action role since she is much better in a romantic comedy or dramatic performance. The action scenes are also just fine but there is nothing that makes this film stand out.  The best part of this film are the few scenes with Keitel who steals the limelight every chance he gets in the role of the “cleaner”. There is meant to be some chemistry between Byrne and Fonda but that feels too forced and doesn’t help make this more interesting to watch.

MovieRob’s Favorite Trivia – Titled “Nikita” during filming, Producer Art Linson and Warner Brothers settled on a new title during post-production that Warner Brothers owned, “The Specialist”. However, two months before the film was to be released, Linson was contacted by Warner Brothers executive Bruce Berman, and told that the title would be changed to “Point of No Return”. Warner Brothers gave the working title to an upcoming Steven Seagal vehicle, which was yet-to-be-filmed. Ultimately, that movie, The Specialist (1994), ended up starring Sylvester Stallone after Seagal dropped out. (From IMDB)