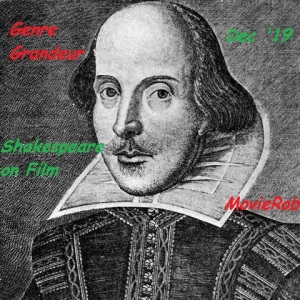 For this month’s next review for Genre Grandeur – Shakespeare on Film Movies, here’s a review of Othello (1951) by David of Blueprint Review.

Thanks again to James of Blogging By Cinema Light for choosing this month’s genre.

Next month’s genre has been chosen by Sally of 18 Cinema Lane and we will be reviewing our favorite Youth-Led Movies. 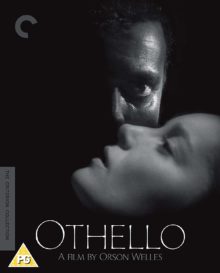 After his Hollywood projects struggled to achieve financial success, ending with the disastrous Macbeth (which has later been reevaluated), and possibly due to McCarthy era worries of being blacklisted, Welles moved to Europe to work for almost a decade. After a few acting gigs, including The Third Man, he started work on another Shakespeare adaptation, Othello. It proved to be an epic process as Welles, who was also producing the film, kept running out of money, putting the shoot on hold on several occasions. The editing process was slow too and it ended up taking an unprecedented 3 years to complete the project. Othello however, was given a warm welcome at the Cannes film festival, sharing the Grand Prize with Two Cents Worth of Hope in 1952. It took another three years for the film to get a US and UK release though after Welles made more changes to the edit (details of which are discussed at the bottom of this review) and it didn’t find much love there. However, the film has grown to be considered among Welles’ best work now.

If you are unfamiliar with the play, it tells of a Moorish general, Othello (Welles), who marries Desdemona (Suzanne Cloutier), the white daughter of a Venetian aristocrat, Brabantio (Hilton Edwards). Othello’s ensign, Iago (Micheál MacLiammóir) is jealous of Othello’s success and angry over his appointment of a younger man, Cassio (Michael Laurence), as his Captain. So he hatches a plan to make Othello think that Cassio is having an affair with Desdemona. Thus begins the downfall of the honourable general.

Before I go on to describe my thoughts of the film, I thought I’d get the elephant in the room out of the way first. Playing a Moor, Welles utilises blackface makeup. In more recent years, the role of Othello has always been played by actors of colour, but in the past, before the Civil Rights movement and other advances in equality, it was common practice for white actors to ‘black up’ to play the tragic character. Welles’ Othello was just about on the cusp of when black actors started to be given decent roles in Hollywood films (albeit rarely), so you do get the feeling that if Welles was a little braver (or more concerned with Civil Rights) he could have put a more appropriate actor in the role. The black American actor Paul Robeson, for instance, had already played Othello twice on the stage and Welles himself had put on an all-black production of Macbeth in New York in the 30s.

For whatever reason, Welles took on the role himself though and, makeup aside, does a damn fine job of it. Also, presumably due to the blackface issue, Welles downplays the racial aspects of the play. I don’t know the original text that well personally, but from the mountains of supplemental material included on this disc, I learnt that Welles cut a number of lines and scenes that further accent the character’s ethnicity. In doing so, the film feels to be more purely about jealousy than racism, which is a sensible move, given its white lead actor.

In general, Welles’ distillation of the play is highly effective in delivering a powerfully stripped back production. This approach may be down to the budgetary problems the director faced, but nonetheless, the sparse look and clear focus make for a bold and approachable take on the Bard. I’m not a Shakespeare expert myself, so sometimes struggle to get into adaptations that make use of the original language, but after a tough start (not helped by some unclear dialogue) I soon tuned in to the style of the prose. It’s quite a simple story at heart, particularly here in a slightly truncated form, so it’s accessible and emotionally effective, rather than merely academically interesting. There’s an ominous sense of foreboding over the film too, as it opens with the funeral of Othello and Desdemona, so you know where the story is headed from the offset.

The low budget does make for some poor effects shots used to show a nearby ship and the lack of big crowd scenes highlight the independent nature of the film. However, I believe the sparse nature of the production design caused by the budget helps the film’s atmosphere.

Speaking of atmosphere, the most clearly outstanding aspect of the film is its striking visual style. Welles was often known for his long takes, full deep-focus frames and graceful movement, but here scenes are relatively quick-cutting (other than one or two notable sequences). His shots are no less impressive though. Making wonderful use of contrasting blacks and whites as well as bold lines within his frames, the film is astonishing to look at. The low budget does lead to a few focus issues here and there, but these can be forgiven when the lighting and framing are so strong.

There are post-sync dubbing issues due to Welles favouring the quality of lines over their timing with the visuals. Being an Italian production, this is a common occurrence though, as filmmakers in that country were less concerned with technical perfection as they were and still are, in the US. It may be distracting to some and was a subject of criticism aimed at the film on its original release, but if, like me, you’re accustomed to this through watching many spaghetti westerns and giallo, it’s not really a problem.

Overall then, it’s a striking and powerful Shakespeare adaptation. It’s rough around the edges at times and his decision to take on a role better suited to a black actor is questionable, but Welles did a remarkable job under the circumstances and once again proves why he’s so highly regarded as a director and actor.

Othello is out on 10th December on Blu-Ray in the UK, released by The Criterion Collection. Two versions of the film are included and they both look very good, with only a few hints of lines on the picture. I only watched the 1952 version all the way through and found the audio a little murky at times and not always 100% clear, but I think that was down to the original recording rather than a weak remaster.

There are plenty of special features included too:

It’s an astonishing set of extra material. Filming Othello is the biggest draw, as it’s actually a complete extra feature film, once again directed by Welles. It features him delivering a largely academic dissection of the play and how he approached it on film. There’s a fascinating and fairly lengthy section where he sits with two co-stars of Othello, Hilton Edwards and Micheál MacLiammóir, who are both theatre veterans, and they discuss Shakespeare’s work in great detail, particularly the themes of the play. There’s also a segment taken from a Q&A in New York. It’s not a film that will easily appeal to those not interested in Shakespeare or filmmaking, but Welles is a compelling narrator/presenter and throws in some enjoyable anecdotes about the difficult production.

And that’s only one of many fine special features. The commentary is fairly dry and academic but rich with detailed analyses of the film. The other interviews do a great job of covering specific bases of the film’s background and post-production history. It was a particularly smart move to have a separate featurette on race issues with the play, so they are covered directly and in reasonable detail.

Plus you’re getting two versions of the film, as mentioned before. The 1952 version is what played in Cannes to great success, but Othello didn’t reach cinemas in America and the UK until 1955 in a slightly altered cut with a drastically different soundtrack. Most notably, Desdemona was completely re-dubbed by Gudrun Ure and Welles re-recorded a large portion of his dialogue too. Some may argue this improved those performances and it was Welles himself who made these changes, but concessions were also made in this cut by adding some explanatory narration, so it’s open to debate as to which version is definitive. You should watch both really. Unfortunately, I didn’t have the time, but the François Thomas interview does a good job of explaining the differences and why they might have happened. It might have been even more interesting to have the controversial 1992 restoration too, but that’s often seen as a bastardisation of the work.

So, it’s an incredibly comprehensive package for a great film and comes highly recommended.