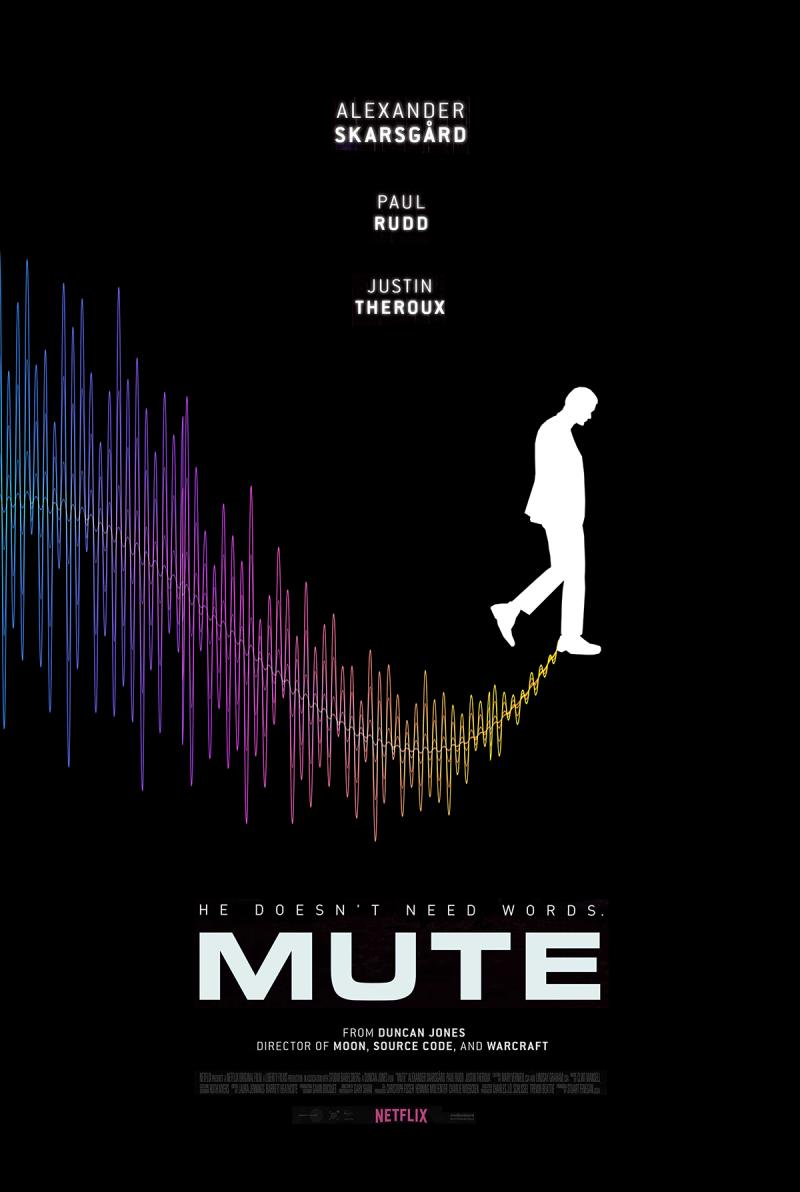 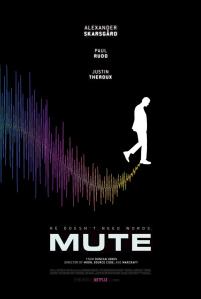 “In order to mold his people, God often has to melt them. Amish proverb ” – Title Card

Brief Synopsis – A mute bartender searches for his missing girlfriend after she reveals to him that she has a secret.

My Take on it – This is a film that I’ve been interested in seeing since I’ve enjoyed the films of Duncan Jones and was curious to see what he would do with this kind of premise.

The story is told quite well here and works due to the way that things play out over the course of the film.

Alexander Skarsgaard is great in the lead role of the gentle giant who will do what is necessary to protect those who he cares for.

His relationship and chemistry with Sayneb Salah is presented really well and we can easily believe that they have something special together.

This film’s story is set in the near future and they find a way to make things feel quite realistic by having the technology close to what we are already familiar with yet have it slightly more advanced form a technological perspective.

The film has a great supporting cast which help keep the story moving in a mysterious and engaging direction.

The biggest stand out here is Paul Rudd in a role that allows him to show his acting skills because of the erratic nature of the character which allows him to act all across the gamut throughout which leaves things completely open to move in various directions along the way.

Loved the way tat this film is able to give a nice shout out to Jones’ earlier film Moon (2009) via a short yet effective scene that works well both here and as a continuation of the events of that film.

Even though the main character of this film is unable to verbalize his thoughts, the way that his actions and movements are shown here are able to tell us so much about his thoughts, feelings and opinions on things that are transpiring around him and it is done so well and effectively throughout.

Bottom Line – Intriguing idea that works due to the way that the story is played out. Skarsgaard does a wonderful job in the lead and plays the gentle giant really well here. His chemistry with Saleh works really well and its quite easy to believe what they have together.  The story is set in the near future and they do a wonderful job organizing everything to seem quite realistic technology wise. The supporting cast is also great and I loved seeing Rudd in this kind of role because it constantly leaves things open to branch out since his character is all over the gamut. Loved the way that Jones gives a shout out to Moon (2009) via a very short yet effective scene.  Despite the main character being unable to verbalize his thoughts, his actions and movements say so much about his thoughts and opinions on all that is going on here. Recommended!

MovieRob’s Favorite Trivia – David Hasselhoff is on the currency in the scene when Paul Rudd’s character pays the babysitter. (From IMDB)