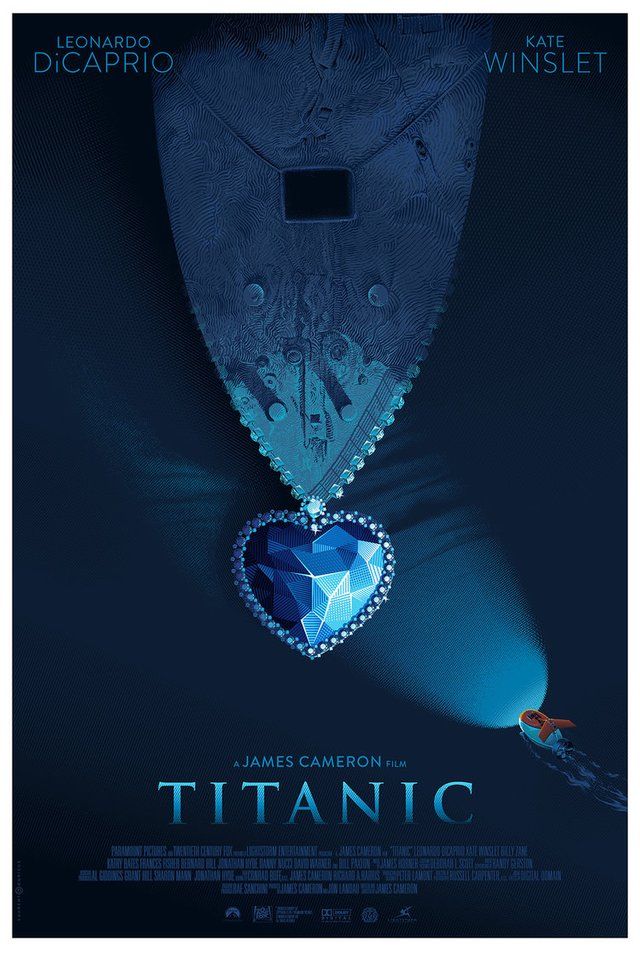 Initial Viewing Memories – This is a film that I didn’t expect much from when I saw it in the theater but despite not believing the hype and box office growth, I loved this movie the very first time and it remains the film that I gauge movie love stories by because the character’s romance seems so genuine and plausible.

“I know what you must be thinking. “Poor little rich girl, what does she know about misery?” – Rose

Brief Synopsis – A vagabond falls in love with a rich girl aboard the ill fated maiden voyage of the Ship Titanic in 1912.

My Take on it – This is a film that I never expected to be among my all time favorites since I’m not the biggest fan of romance films, but somehow it has made it to the top tier of my favorite films.

As this film was being made, it was largely rumored that the movie would be an even bigger disaster than the one depicted in the story and boy were those pundits wrong.

This film was able to garner 11 Oscars (tying the record) and proving what kind of visionary James Cameron was.

The story works so well largely due to the film’s length.

It allows time for the proper development of the two main characters and their budding love story, so that once the story hits the iceberg, we have devoted so much time and effort and emotions in these characters that we can easily believe their love in a relatively short span of time.

The cast is superb and Leonardo DiCaprio and Kate Winslet have amazing chemistry together.

The supporting cast is equally as good and Bill Paxton, Gloria Stuart, Billy Zane, Frances Fisher, Victor Garber, Bernard Hill, David Warner and Kathy Bates all add so much to the story and how it moves along.

Despite the fact that the viewer already knows that the ship will sink, they find a way to keep things thrilling and suspenseful the whole way through which adds so much to things along the way.

The music adds so much to the atmosphere of the story and helps add to the thrilling aspects of the story.

This is a film that despite the fact that it’s run time is over 3 hours, the editing and special effects help keep the story paced so well that the story flows by so perfectly.

MovieRob’s Favorite Trivia – Due to the long theatrical run of the movie, Paramount had to send out replacement reels to theaters that had literally worn out their copies. (From IMDB)