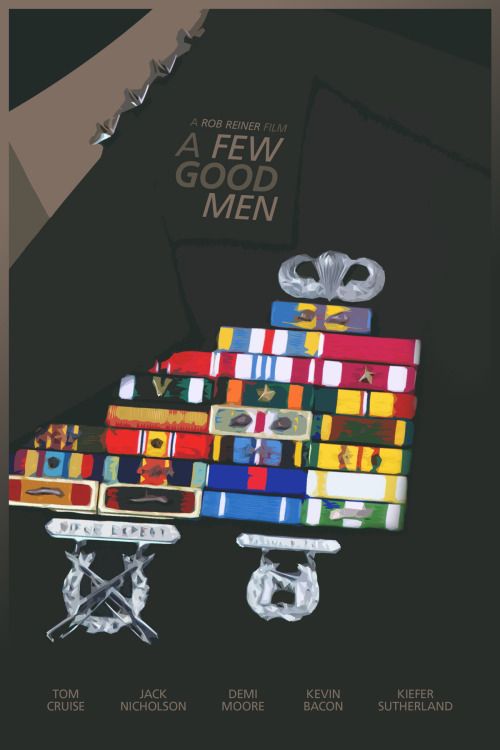 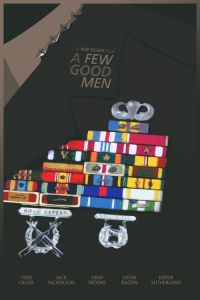 Initial Viewing Memories – Saw this in the theater when it came out and the engaging dialogue and story keeps things so gripping that it still remains among the best courtroom dramas ever made.

“We joined the Marines because we wanted to live our lives by a certain code, and we found it in the Corps. Now you’re asking us to sign a piece of paper that says we have no honor. You’re asking us to say we’re not Marines. If a court decides that what we did was wrong, then I’ll accept whatever punishment they give. But I believe I was right sir, I believe I did my job, and I will not dishonor myself, my unit, or the Corps so I can go home in six months… Sir. ” – Dawson

Brief Synopsis – A hot shot young Naval lawyer is given the case of defending two marines accused of murdering another soldier while being stationed in Guantanamo Bay Cuba, but things are never as they seem.

My Take on it – Amazing courtroom drama that works so well largely due to the dialogue and script that Aaron Sorkin wrote.

The cast is great and Tom Cruise, Demi Moore and Jack Nicholson all are able to make their characters come alive and seem quite realistic throughout.

The plot is set up really well and they find some great ways to keep the story moving in some great directions.

The film has some great twists and turns that help keep things even more enjoyable to watch unfold.

Even after having seen this film so many times the way that things progress is done so well and stays so engaging as things move along.

The supporting cast is also great and filled with some great actors.

Kevin Bacon, Kevin Pollack, Keifer Sutherland and J.T Walsh add so much to the realism and poignancy of this story.

This film has some great quotes and most people hone in on the performance by Nicholson, but Cruise has an even more powerful character arc that works really well in establishing the political atmosphere of it all.

Rob Reiner does a superb job directing this film and making it come across so realistically largely due to the gripping and thrilling way that the story is presented to us.

MovieRob’s Favorite Trivia – An unnamed executive gave Aaron Sorkin a note: “If Tom Cruise and Demi Moore aren’t going to sleep with each other, why is Demi Moore a woman?” He responded, “I said the obvious answer: Women have purposes other than to sleep with Tom Cruise.” He claimed the incident was his worst experience as a screenwriter. (From IMDB)