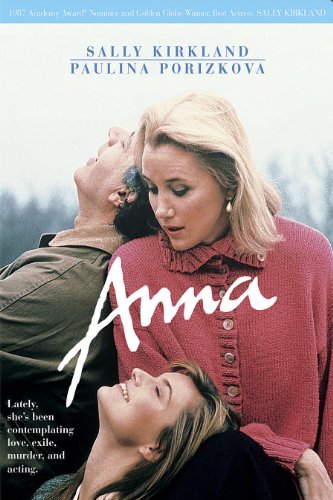 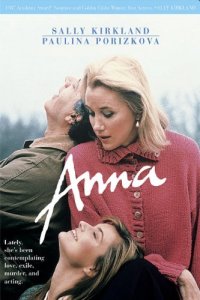 “Sir, if you don’t mind would you let me do improvisation on the text. I’m not very good talking about my sex life.” – Anna

Brief Synopsis – An aspiring actress in New York who was a star in her native Eastern European country takes in a young girl from her homeland and tries to help her make a name fro herself in showbiz.

My Take on it – This is a film that I had never heard about but was interested in finally seeing because of the fact that its star Sally Kirkland was nominated for an Oscar for her work here.

Unfortunately, this film is a bit too slow for my taste and things are quite boring because not much really happens along the way.

The story line touches upon many existential themes and that also makes the narrative a bit choppy along the way due to how they chose to present things.

This is a film in the long list of movies that deal with the subject of how someone deals with the fact that their protege is able to surpass them in fame and fortune.

Kirkland was deservingly nominated for an Oscar for her work here even though her performance wasn’t even close to some of the others in the category.

This film mainly focuses on how difficult and exhausting the life of an actress can be as they move from job to job clinging to the dream that they can one day make it big and become a star.

Bottom Line – Intriguing idea that moves much too slowly. The story itself is a bit too existential in all that it tries to do and that makes things a bit boring along the way. The film deals with the common issue of how someone deals with being eclipsed by their protege. Kirkland was nominated for an Oscar for Best Actress here and really loses herself in this character. It’s unfortunate that she isn’t able to try and help make this story any more interesting than it truly is. The film tries to give us some insight into the life of an actress who lives from job to job but despite that, she still believes that she will one day make her mark on the industry.