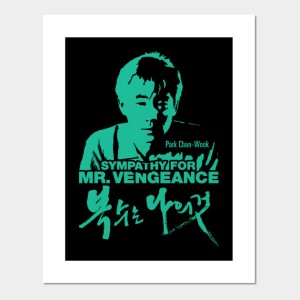 “The bad image kidnappers get is because of kids getting killed. But we’re different. Give us the money and we’ll return the kid pronto. ” – Cha Yeong-mi

Brief Synopsis – In order to fund his sister’s kidney transplant, a man decides to kidnap his former bosses daughter and use the ransom to pay for the operation.

My Take on it – This is a film that I came across and was interested in seeing what it was all about since it’s the first part of the Vengeance trilogy.

This is an interesting thriller that actually works much better than one would expect.

They do a nice job of developing the main character and I loved the way that they were able show us the kind of life that he leads despite the fact that he is deaf.

The story moves along in a fascinating way and they are able to give us a nice understanding of what each character does and why which is extremely importance in a revenge film.

The plot is constantly in motion and they keep things enjoyable by throwing in some nice surprises along the way.

This is a film that has some very graphic and brutal violence, but it never feels gratuitous and instead flows really well within the plot an story line.

This is a very well written revenge film because they choose not to only focus on one person’s revenge but allow the story to become cyclical and we get t see various characters taking revenge on one another and that helps keep everything flowing really well throughout.

Bottom Line – Interesting thriller that works much better than one would expect. The character is developed quite well and they establish what kind of life he needs despite his disability. The story moves along in a nice way and allows us to get a complete understand as to why the characters each do what they do. The way that things are in constant change helps make this even more enjoyable especially since there are some nice surprises along the way. The movie is a bit brutal, but I liked the way that the brutality worked within the story and didn’t feel excessive or gratuitous in any way. This is such a great revenge film because it doesn’t suffice to focus just on the revenge of one character because the idea is always in motion throughout. Recommended!

MovieRob’s Favorite Trivia – First film in history to have a sex scene with sign language. (From IMDB)