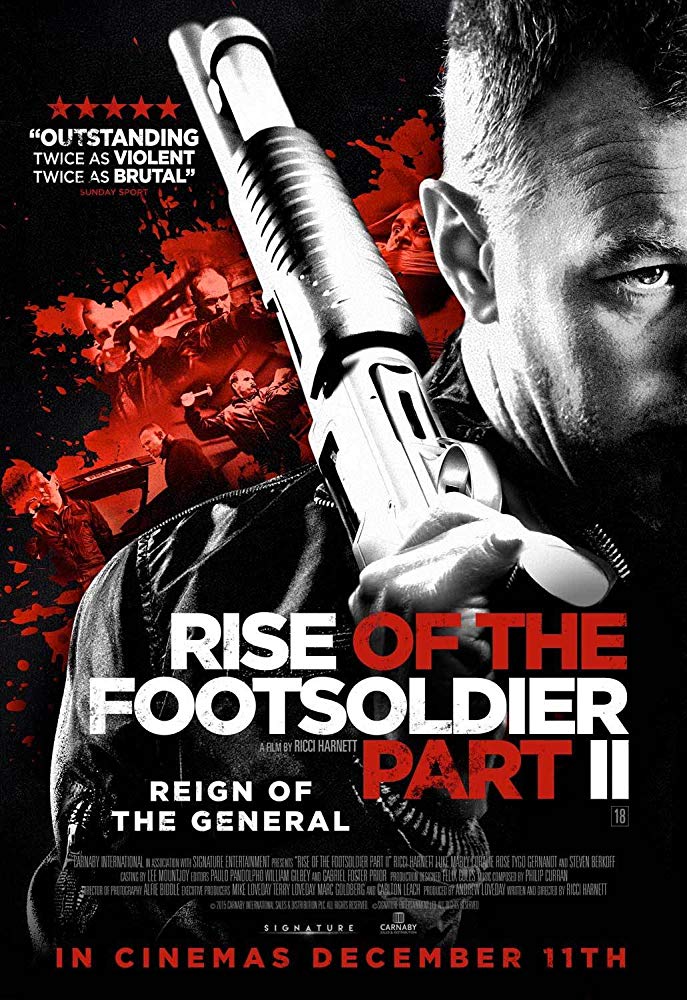 “I knew the guy who killed Tony could still be out there and every day the anger got worse.” – Carlton

Brief Synopsis – Continuation of the way that gangster Carlton Leach rose up in the Essex underworld scene.

My Take on it – After watching the first film in this series, I figured that I would check out the rest of them.

This sequel is truly another horrendous addition to this series especially given the fact that it makes even less sense than its predecessor did.

This movie tries much to hard to try and emulate the great mafia movies of our time, yet they absolutely fail in every aspect of trying to do that.

The characters (both new ones and ones that were also in the previous film ) all feel like complete caricatures here and nothing they do helps make us care about them, what they do or rather for that matter what will happen to them in response to their actions here.

None of them are presented in a favorable way and that also makes it even more difficult to root for any of them.

The added bonus for that is that we can still root for them to be killed in horrific and (hopefully) painful ways.

The fact that this story is suppose to be based on real events is also a problem because it seems so unrealistic and believable and that doesn’t help make things any more interesting to watch.

Bottom Line – Another terrible addition to this series because it makes so little sense. They try to hard to try and emulate some of the great mafia films and stories yet fail completely along the way. The characters all feel like caricature and there is no reason to care about what will happen to any of them along the way because no one is presented in a favorable way that we could root for them. The story may be based somewhat on truth, yet things are so absurd throughout and they never find a way to make this story interesting in any way.