Tnx for letting me partake Paul!

Brief Synopsis – A man living in New England finds himself transported back to the Arthurian Age where he falls in love with a beautiful maiden.

My Take on it – This is a story that I recall really enjoying as a kid and it was among my favorite Mark Twain stories because it involves time travel.

I had never seen the musical film adaptation and this blogathon gave me the perfect opportunity to finally do so.

Unfortunately, this version doesn’t manage to do the story justice which is a shame.

Bing Crosby made some great films during his career, but this one just doesn’t work well enough even though he is fine in the lead role.

A large part of the problem is that the character never feels developed enough as things progress.

The do a wonderful job showing how technology, science and life has evolved over the course of time and how both eras have much to both teach and learn from the other.

The idea of being able to use the knowledge from the future to affect the past is used really well here and helps make things more enjoyable.

The romance aspect of this film doesn’t work well enough and that makes things more difficult to believe.

Bottom Line – Fun adaptation of this Twain story, but it unfortunately doesn’t do the story enough justice. Crosby is a good choice in the lead role but they fail to develop his character enough. Really enjoyed the way that they show how technology and life has evolved between the two time periods to a point where one can use the knowledge of the future and affect things in the past. The music is fun but things feel far too tame and simplistic which hurts things a bit. The romance aspects of the film aren’t believable enough and that is part of the story taht should fele more plausible.

MovieRob’s Favorite Trivia – Mark Twain got his idea for Hank Martin to use the eclipse for his benefit from Christopher Columbus. Columbus actually used an eclipse knowingly to perhaps alter history. Stranded in Jamaica in 1503, on his fourth voyage, Columbus and his crew were wearing out their welcome with the natives, who were feeding them. Columbus knew a lunar eclipse was coming, so he “predicted” the Moon’s disappearance. The natives begged him to bring it back and, of course, he did, in due time. (From IMDB) 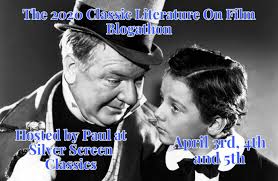