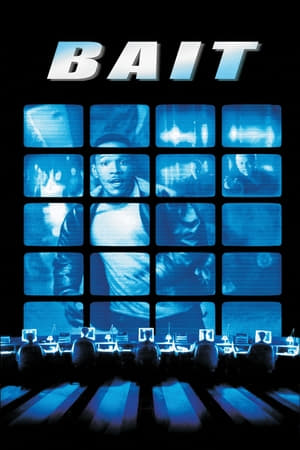 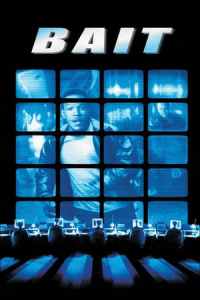 Brief Synopsis – A convict is released from prison and used as bait by the law to try and find the location of a large fortune that was stolen by his former cellmate.

My Take on it – I am usually a big fan of tight crime thrillers, but this one annoyed me because it has a premise with lots of potential that is completely wasted by poorly developed characters played by the wrong actors.

Jamie Foxx is a great actor, but he plays the lead role in a way that makes it so difficult to take him seriously.

It’s really hard to care about his character or about what will eventually happen to him largely due to the fact that he comes off as being quite annoying.

David Morse is also a superb actor, but as the lead law enforcement officer, he is quite out of his league and that causes lots more problems with the way the story unfolds.

Doug Hutchinson is a poor choice as a menacing villain because he just doesn’t feel menacing enough and instead his performance seems more comical than suspenseful.

Finally David Paymer is atrocious in his role as a senior law enforcement agent because he plays the character in a way that makes him seem like an inexperienced novice which comes across as seeming quite silly.

This is all really unfortunate becaue they could have done so much more with an intriguing premise like this one.

Bottom Line – Interesting premise that just doesn’t work as well as one might hope.  The biggest problem with this movie is the cast since most of them feel very miscast in their roles.  As great an actor as Foxx is, he seems completely wrong in this film. It’s quite difficult to take him seriously in this role and instead of caring about his character, he comes across annoying more than anything. Morse is also a great actor, but as the lead investigator he seems out of his league here which is problematic. Hutchinson isn’t menacing enough as the bad guy and his performance is more comical than anything else. And Paymer plays his experienced law enforcement agent as a new rookie who makes far too many errors along the way. This is all a real shame because this plot has so much more potential than is realized here

MovieRob’s Favorite Trivia – When Bristol is reading the information on Alvin from the FBI one screen shows a picture of Alvin holding a pron with the following text. ALVIN DEAN SANDERS WAS BEING SOUGHT IN CONNECTION WITH THE ATTEMPTED BURGLARY OF A NEW YORK SHRIMP WAREHOUSE CONSIDERED EXTREMELY BUMBLING THE FBI IS OFFERING A $50,000 REWARD FOR INFORMATION LEADING DIRECTLY TO THE ARREST OF ALVIN DEAN SANDERS IF YOU CAN READ THIS YOU ARE TOO CLOSE DISCLAIMER **IF YOU CAN READ THIS YOU ARE TOO CLOSE. THE ACCURACY OF THE DATA SUBMITTED BY THE REQUESTER WILL DIRECTLY DETERMINE THE ACCURACY OF THE RESULTS OBTAINED WHILE THE INFORMATION FURNISHED IS FROM RELIABLE SOURCES ITS ACCURACY IS NOT GUARANTEED USE OF AVAILABLE DATA MAY BE SUBJECTED TO FCRA AN OTHER APPLICABLE LAW. (From IMDB)