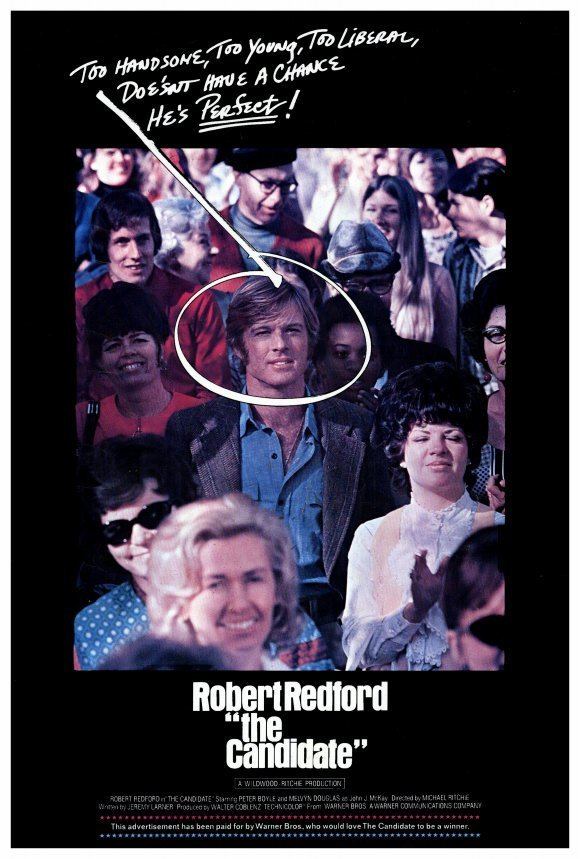 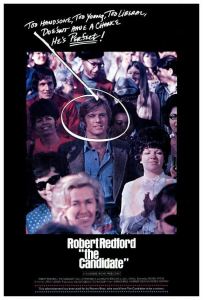 “[Introducing McKay to fund-raiser dinner audience] Seriously folks, you better watch your step when he comes out here because he’s a man who shoots from the hip and a man who’s hip when he shoots. Join me in welcoming Bill McKay! ” – Dinner MC

Brief Synopsis – The son of a politician runs for a seat in the Senate against an unstoppable opponent which allows him to speak his mind on the campaign trail since he has no chance of winning.

My Take on it – This is a movie that I recall seeing on cable over 25 years ago and was interested in seeing what it was all about again.

I have always been a fan of films and TV shows featuring politics and this is known as being among the very best.

They do a wonderful jo here sowing the way political campaigns are run and they get the perfect balance between satire and truth.

The fact that much hasn’t really changed in the world of politics in the nearly 50 years since this was made says so much about the way the political establishment works while at the same time is able to present a topic that is so timeless that it’s relatable both to modern audiences and moviegoers when it came out in ’72.

Robert Redford is superb in the lead role and the charm and charisma helps keep things feeling so realistic throughout.

Peter Boyle is perfect as his campaign manager and comes across as being quite savvy in all he does.

The fact that this role is so different from the kinds he usually plays helps make his shine throughout.

The script and dialogue are superbly written and I’m not surprised at all that this film won an Oscar for Best Screenplay.

There is no question in my mind about how much of this film was used as a basis for so many future movies and TV shows that revolve around politics and that kind of connection help make this even more enjoyable to watch.

Bottom Line – Really fun film that is a perfect satire for the way political campaigns are run. The fact that not much has changed since this film was made 48 years ago says much about the establishment and how politics can be such a timeless issue. Redford is superb in the lead role and his charm and charisma helps keep things quite realistic the whole way through. Boyle is perfect as his campaign manager who is much more savvy about how things work and despite this kind of role being so diverse from the kinds he usually takes on, he shines throughout. The script is great and the dialogue is quite engaging throughout. It doesn’t surprise me that this film won an Oscar for its screenplay. It’s easy to see how this film was used as a basis for so many future films or TV shows revolving around politics. Recommended!

MovieRob’s Favorite Trivia – The Candidate was released a month prior to the 1972 California Presidential primary. Promotional sheets were put up in southern California resembling political posters. They had simply a photo of Robert Redford, with the slogan, “McKay: The Better Way!” – “McKay” got write-in votes in the June election. (From IMDB)