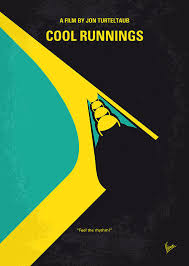 Brief Synopsis – Based on the true story of the first Jamaican bobsled team to race in the Olympics in 1988.

My Take on it – This is a film that I have always been interested in seeing yet never got around to it.

I knew very little about it besides the fact that it deals with a bobsled team from Jamaica and features the late great John Candy.

The film has a really interesting premise yet they fail to find a way to present it in a better way that would help it be more impactful, powerful and poignant in all that it does.

The characters are all presented in very superficial and stereotypical ways that doesn’t allow the viewer to truly care about them or about what will happen to them.

None of them find a way to stand out among the rest and that also is a shame.

John Candy was a truly great actor, but despite the fact that he was cast against type here in a very dramatic role (as opposed to the comedic ones he was known for), his character lacks the empathy and energy needed for such a role to work.

The movie has some great training and race scenes that help make the viewer get a better understanding of the sport and the various intricacies in the sport that would be able to help a team prevail.

Bottom Line – Interesting premise that has a nice theme but isn’t presented in a way that would make things more powerful and poignant like on might expect. The characters all feel pretty superficial and stereotypical and they never find a way to allow any of them to really stand out here. Candy was a great actor and he does a fine job here in a purely dramatic role yet his performance lacks the energy and empathy needed for such a character to be more impactful. The training and race scenes are done quite well tho and allow us to get a better understanding of teh sport and the various intricacies needed in order to find a way to prevail.

MovieRob’s Favorite Trivia – Actual television sports footage from ABC network covering the 1988 Winter Olympics was utilized for the film and edited into the movie. (From IMDB)