For this month’s next review for Genre Grandeur – LGBTQ+ Movies, here’s a review of Call Me By Your Name (2017) by Getter of Mettel Ray.

Love is ugly. Yes it is beautiful and heart warming, but sometimes it’s just brutal, painful, and not very pretty. Love is messy. Not just cluttered with emotions, but also with feelings, lust, hopes, temptation and everything else piled upon itself. Love is raw. It is unfiltered, exposed, unapologetic and vulnerable. Call Me By Your Name is a love story that is ugly, messy and raw – and it’s wonderful!

There are tiny spoilers.

For me, when a movie finds a way to get under my skin, that movie is instantly a part of me and Call Me By Your Name managed to crawl under my skin in the most nicest way. It spoke to me, and I guess it spoke to many but it’s also not for everyone’s liking. I understand the dislike, but I can never agree to it myself because, like I said, it’s under my skin and I really don’t want to scratch it out.

Elio (Timotheé Chalamet), is an 80’s teenager, who is spending the summer with his parents in Italy. He is well read, educated in music, plays the piano and the guitar, knows multiple languages, and is like every other teenager at his age – horny as hell. I say this in the nicest way possible by the way, because the movie is actually strongly driven by hormones. Which, accompanied with Elio’s sexual awakening, explains some of his irrational actions throughout the film. Does he do things that feel weird? Yes. Did that peach really deserve it? Probably not. But do those things take away from the fact that Elio is a great character? Absolutely not.

For me, Elio is a well written and well acted character, and I can’t be happier for Chalamet’s Oscar nomination for this role. It’s the little things, the way he carries himself, the emotion behind his eyes, that final scene, that really allowed Chalamet to shine and carry Call Me By Your Name from start to finish. And I praise his courage to take on such an important role in the first place. To say that Chalamet was not my favourite part of the film, would be a lie, because I adored him and was instantly rooting for him. For a young actor to carry the movie entirely on his shoulders, while being effortlessly supported by Michael Stuhlbarg and Amira Casar (who played Elio’s parents), during the most crucial moments, is difficult, but I think Chalamet did a brilliant job.

Visually, Call Me By Your Name is stunning and slightly raw. It is mostly warm tones, which makes sense for a summer movie, but it also feels a little like a homemade movie. I can’t explain it, and I can’t really describe it, but it felt like I was watching someone’s personal recordings. It sort of makes sense since the entire film (including the opening credits) was actually shot with a single lens, which is common for a homemade movie, right?! It’s also stated that most of the movie was shot in a chronological order, which makes the movie feel more organic and natural as well.

The tone of the movie is just right, with the director Luca Guadagnino guiding the story from start to finish with integrity. The screenplay, based on a novel by the same name, was actually written to have more explicit sex scenes but Guadagnino thought it might take away from the story and I’m so glad he thought that way. While there is sex, and closeness, the movie doesn’t emphasis too heavily on that, which means Call Me By Your Name has just the right amount of intimacy. It also feels very honest, and it’s likely because Guadagnino and the script writer James Ivory are both openly gay men, but of course it’s also thanks to Chalamet and Hammer treating the material with respect. Both actors also seem very proud of what they have accomplished, and since both of them have been in the public eye a lot these past few months, Call Me By Your Name might have even a bigger cultural impact than Moonlight last year. Will it win big on Oscar night? Probably not, but it’s still important that this movie is talked about, for what it represents and that is an openly bi-sexual coming of age story and a closeted Jewish man.

Moving on, I want to quickly address the controversy revolving around the film in regards to the age difference not just between the main characters, but also Chalamet and Hammer. Hammer who plays Oliver, is indeed a little miscast in his role by appearing so much older than the supposedly 24 year-old character from the novel. That in itself is what makes the movie more disturbing to some that it really needs to be. It’s not the 7 year age difference, which it’s supposed to be, it’s not the fact that Elio is a year shy from 18, it’s not the sexual acts that happen between them, it’s the fact that Armie Hammer looks 30 and he should have looked in his early 20’s.

Thankfully, I was able to look past the age difference, but I understand that this might not be the case for everyone, which is fine. Oliver’s casting is off, and yet, there’s just something sweet about the fact that Guadagnino cast him without an audition because he saw him in The Social Network and fell in love. On the  other hand, it was actually easier for me to imagine Elio as someone older than his age – yes, even with all those hormones. It’s mostly because of the way his parents acted around him, talked to him, and his quiet demeanor, which made him mysterious and more adult like. And honestly, midway through the movie, I was not so much focused on the subtly growing chemistry between the main characters but more of how Elio became more bolder and more aware of himself. He played around with his feelings, and toyed with them in front of Oliver, and it was his need to explore that new side of him that had been woken that summer, that allowed him to grow. And to witness that character development, that was something that I cherished the most about the film. 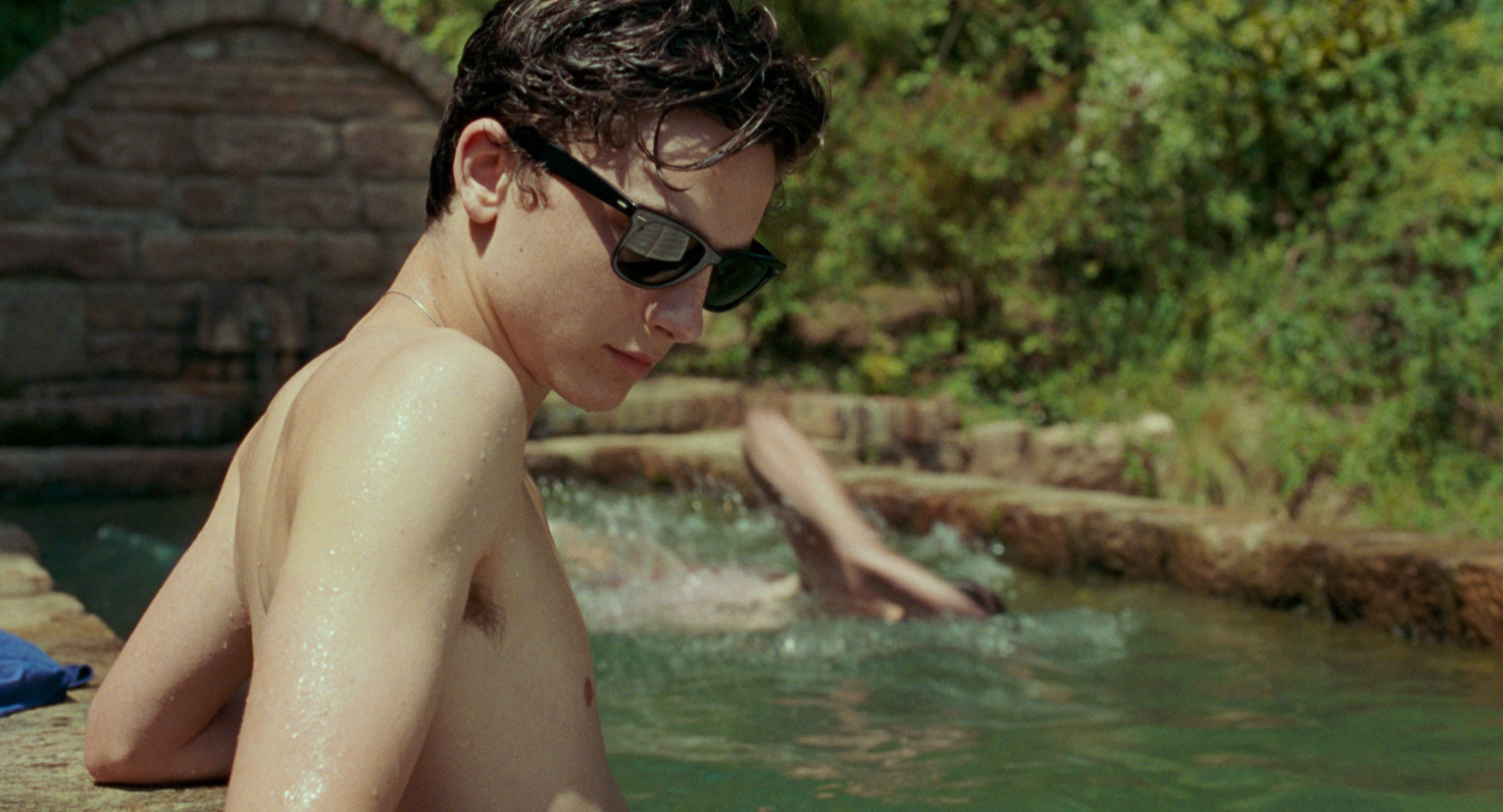 After seeing Call Me By Your Name, I wanted to read the novel as well. Usually I try to do it the other way around, because in many cases, the book is simply better and to experience a story for the first time, you want to experience the better version. I still haven’t picked up the book, but I’m sure I will because I feel like the symbolism in the book will add to the movie and vice versa. There is a lovely article about the film that really pushed me to finally buy the book, because it explained how the movie compliments the book, and the book compliments the movie. That I think, is how screen adaptations should exist, which is very difficult to achieve and only a few have done so. On a small side note, there is also a sentence in that article, that somehow summarises the tone of the movie better that I ever could, so I’m shamelessly quoting the author Jame Marmer: […] is what makes Call Me By Your Name so memorable—the fusion of sophisticated intellectual discourse and erotica—a pleasure that is both of the mind and body, desire and imagination.”

To wrap it up, yes, Call Me By Your Name was my favourite movie of 2017. Yes, I still think that and I will probably love it for many years to come. And I also want to say that after seeing this movie twice already, I came to a realisation that Call Me By Your Name has a very different affect on you each time around. My first experience was much more vulnerable, and painful, especially since it hurt me so much to see Elio that sad in the end. Yet, the second viewing, I started to laugh, in a good way, at the most random moments (probably because my flatmate was laughing too), and found joy in its hidden corners. It’s almost as if I had learned to live with the pain that I experienced during the first viewing, and during the second time, I was able to see the joy in Elio’s summer. And wasn’t that exactly what Call Me By Your Name wanted us to learn? That in time, the pain will go away, but the happiest of memories will remain.