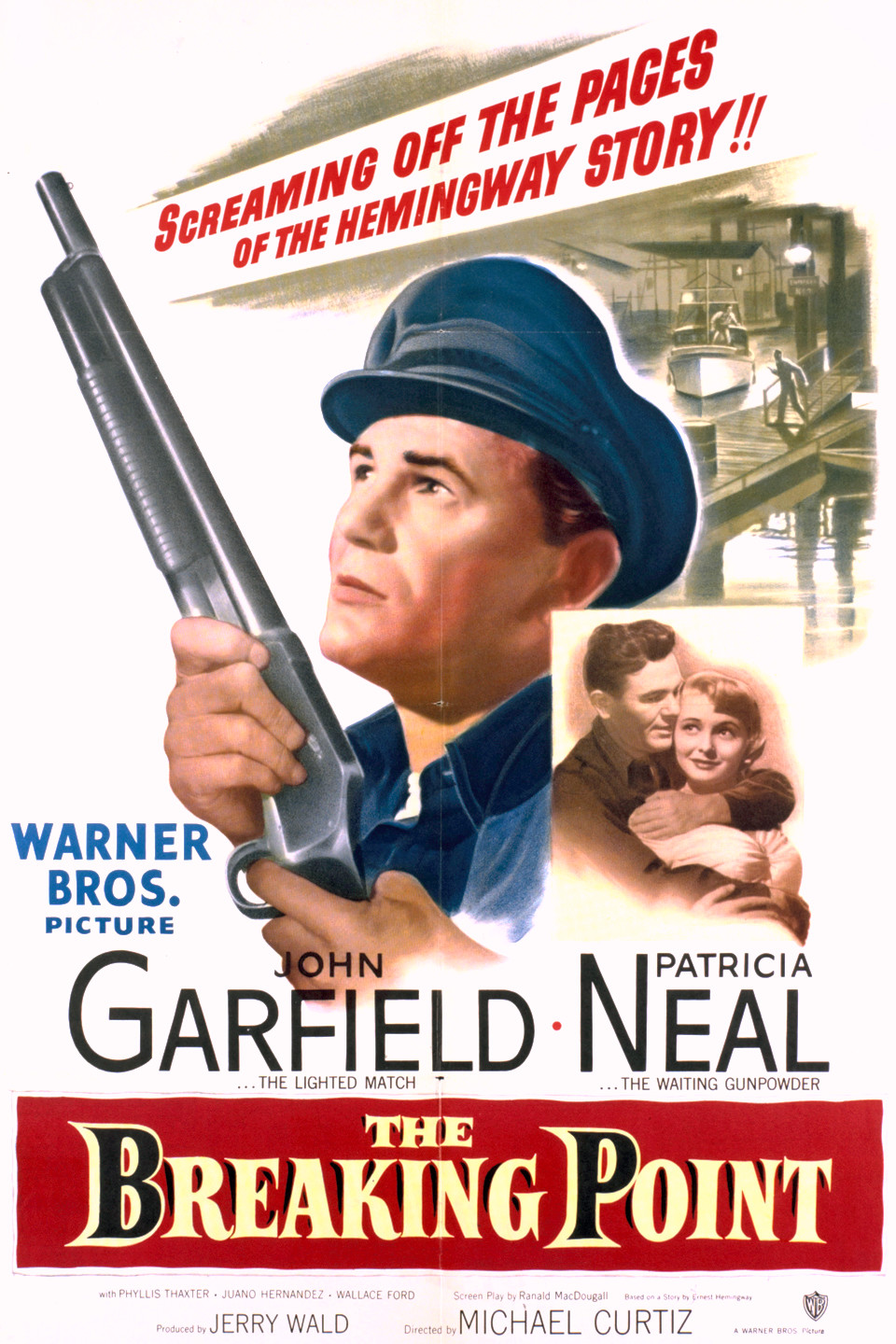 “[dismissively] All that trouble for an egg.” – Leona Charles

Brief Synopsis – A boat captain begins to turn to illegal activities in order to help pay off his debts.

My Take on it – This is a film that I knew nothing about before watching it and was surprised that it is another version of the Ernest Hemingway novel To Have and to Have Not.

The story was adapted a few years earlier with Humphrey Bogart in the lead role.

This version is told in a more realistic fashion and feels more impactful and genuine in its story telling.

John Garfield is great in the lead role and helps make us care even more about his character and all that he goes through in the story.

The various changes that he must make for himself over the course of the film are done well and we can get a nice impression as to why he makes those changes.

As with many people (both real and fictional), he believes that he has found a simple way to pay off his debts, but nothing in these kind of situations is ever so simple.

The situation that he gets himself in causes a chain of events that constantly surprises him and that helps to show how much he has really gotten in over his head.

The movie has a great noir-esque feel to it and that manages to add so much to the suspense and thrilling aspects of the story.

Bottom Line – Interesting interpretation of the Hemingway novel that works really well. Garfield does a wonderful job in the lead role and makes things come across quite realistically.  We are able to get a strong impression as to the changes that this character must make in his life when he seems to find a simple way to pay off his debts. The way that he gets surprised by the chain of events works well in establishing who he really is and why he has made such decisions in his life.  Really enjoyed the noir-esque aspects of this story which help make things so much more thrilling along the way. Recommended!

MovieRob’s Favorite Trivia – According to TCM’s Eddie Muller, John Garfield thought this was his best performance and that it was the film of which he was most proud. (From IMDB)