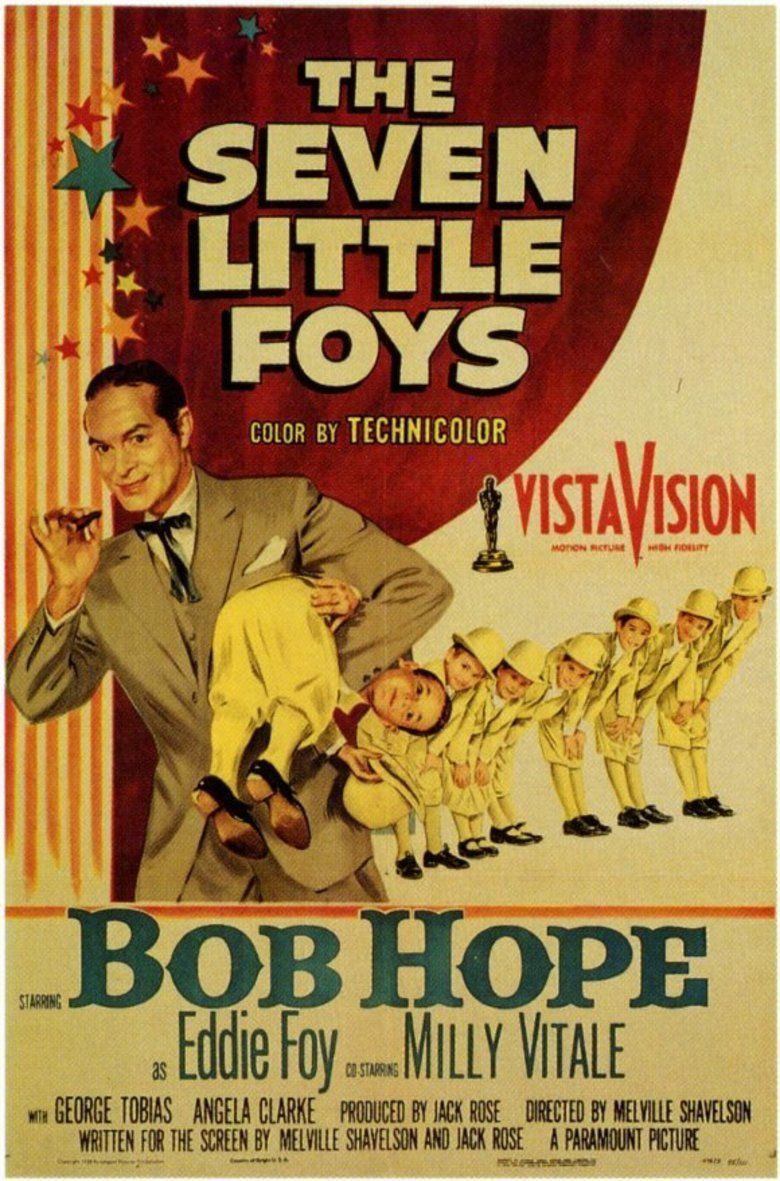 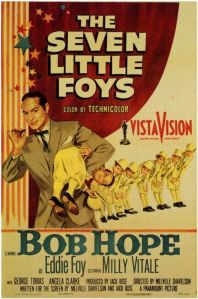 Brief Synopsis – A vaudeville star creates a new act when he falls in love with another performer, but when they end up having seven kids, things get more complicated.

The scenes shown in that film really got me interested in seeing this movie and so I decided to see what it was all about.

This movie works quite well largely due to the multi-talented Hope who does a great job playing the main character of Eddie Foy.

He does a wonderful job with this character and things come across so well which helps make this so enjoyable to watch unfold.

This movie is able to show us so many of the various vaudeville skits performed and they are quite effective in allowing us to see how well they could work.

This film does a great job showing how the main character needed to constantly shift and evolve the kind of act due to the changes in his life over the period of the film.

The story is based on real events and that helps make things work even better because we know that they truly happened.

The best scene of this film is obviously the one featuring James Cagney and Hope doing a song and dance routine.

This scene is choreographed so well that it is so much fun watching these talented song and dance men do their stuff in tandem in a way that one doesn’t expect to work so perfectly.

Check it out below:

Bottom Line – Really fun film that works really well because of the multi talented Hope.  He plays this character so perfectly and that helps keep things so enjoyable to watch unfold. The various vaudeville skits performed work really well in showing us how effective these acts could be. Love the way that this story forces the act to constantly evolve due to the passage of time. The fact that this is based on real events helps make things even more entertaining because we know that these kind of things actually occurred. The scene with Cagney and Hope performing together is truly amazing to watch because it is choreographed so well and its great seeing the way these two tremendous actors could work so well together here. Recommended!

MovieRob’s Favorite Trivia – James Cagney won an Oscar for playing Broadway producer George M. Cohan in Yankee Doodle Dandy (1942). He agreed to play Cohan again in this film on condition that he would not be paid for the role. He did the role as a tribute to Eddie Foy, who had generously provided occasional meals for struggling young actors, including Cagney, in 1920s New York. (From IMDB)