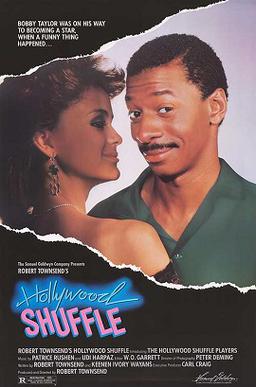 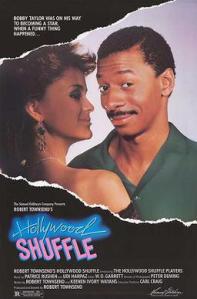 “It’s not about art.. It’s about sequel! One film… ONE! You can make an entire career.” – Batty Boy

Brief Synopsis – An aspiring young black actor tries to find a way to break into Hollywood without the need of being a stereotype.

My Take on it – This is a film that I recall seeing when it was on cable in the late 80’s, but didn’t remember much about it besides the overall premise.

The themes dealt with here are all about the way that racism and stereotypes are thought of in Hollywood and this movie is able to give us a very clever and funny look at things from a satirical perspective.

Robert Townsend wrote and directed this movie and he definitely has a powerful concept yet unfortunately it feels as if the story itself is constantly repeating itself over and over in order to try and beat it into the heads of the viewers and that makes this far less effective than expected.

This film is able to create some very unique skits here that are played out as day dreams and there is no doubt about how talented Townsend is and does a wonderful job in all three of his roles here (writer/director/actor). {My favorite is the Siskel/Ebert parody.}

The film has a great supporting cast that is populated by lots of recognizable actors and actresses who were just starting out in the business at the time.

Bottom Line – Clever and funny satirical look at stereotypes and underscored racism in the movie industry. Townsend has a good idea here, but it isn’t effective enough because it feels far too repetitious along the way. There are some great skits presented here as daydreams and it is clear that Townsend is a great writer and director, but he fails to make this film even more powerful which is a shame.  Great supporting cats that is filled with a lot of recognizable actors who were just starting out at the time.

MovieRob’s Favorite Trivia – Robert Townsend put $40,000 of the film’s $100,000 budget on ten personal credit cards. He got free film stock by splicing together leftovers from the production of Odd Jobs (1986) and Ratboy (1986). The 17 days of shooting were spread over two years, between Townsend’s tours as a stand-up comedian. (From IMDB)