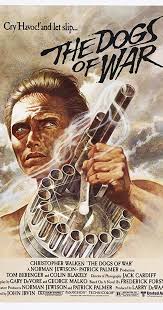 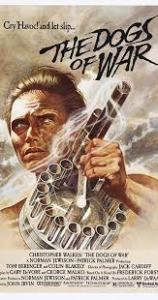 Brief Synopsis – A mercenary is hired to check the feasibility of leading a coup in a corrupt African nation.

My Take on it – This is a film that I came across by accident and was curious to see what it was all about especially given it’s cast.

Unfortunately, this is a pretty mediocre action film that doesn’t work as well as I had hoped largely due to the fact that it comes across as being too choppy and unrealistic in the way things are portrayed.

The film has a great cast led by Christopher Walken and Tom Berenger, yet neither is able to make us care about them.

There is a small role played by Ed O’Neil which is fun to watch.

The action is choreographed well, yet they present them in a very over the top fashion which hurts things a bit.

They seem to try to develop the characters a bit more than they manage to do but they rush things too much and it all feel far too sloppy to actually work in making them seem like real people.

The story itself is far too generic and superficial for its own good and the fact that parts of the story are too predictable also hurts things too much.

This probably has more to do with the fact that this is based on a best selling novel that has the ability to give so much more exposition to the events than one can mage in just a visual medium.

Bottom Line – Mediocre action film that doesn’t work as well as one might hope.  The cast is great with Walken and Berenger in the lead roles.  The action is done well even if there are a few scenes that are over the top. The film attempts to try and develop these characters beyond what they show but things feel too hurried and sloppy in the way that they try this.  The story comes across as being a bit too superficial and predictable and that might have more to do with time constraints than with the story itself. The novel this is based on is probably much better since they are able to explain so much more than they manage to do visually here.

MovieRob’s Favorite Trivia – While researching the novel in the early 1970s, author Frederick Forsyth pretended he was actually financing a coup d’etat in Equatorial Guinea. The pretense allowed Forsyth access to a number of underworld figures, including mercenaries and arms dealers. Forsyth has since commented that the arms dealers were the most frightening people he has ever met. (From IMDB)