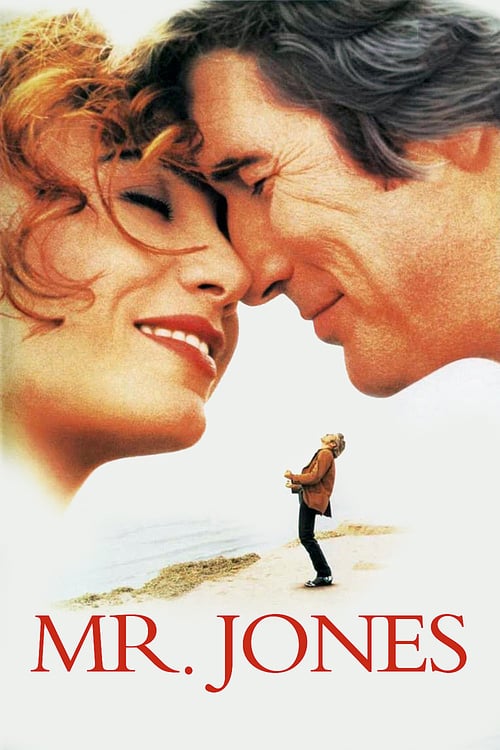 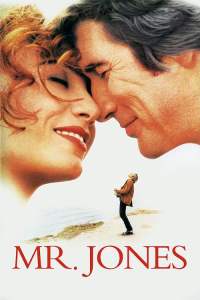 “Why do only children have flying dreams? ” – Mr. Jones

Brief Synopsis – A manic depressive man is placed under the care of a psychiatrist who begins to fall in love with his carefree spirit.

My Take on it – This is a film that I recall hearing about when it came out, yet never had much interest in seeing what it was all about.

This is a film with a really unbelievable premise that fails to work at all.

This is surprising given the great cast, but the fault is the script and the way that these characters are ultimately presented to us.

Richard Gere and Lena Olin both have great chemistry together here but the way that they decide to take this story into some very strange and even dangerous directions hurts things more than helps it.

The film also has a nice supporting cast that includes Tom Irwin, Delroy Lindo and even Anne Bancroft yet none of their characters are fleshed out enough despite having potential to make things more impactful.

The threads dealing with these characters also seem a bit too unresolved as things progress which is also quite problematic.

This film’s premise has some really good opportunities to try and explore these kind of psychological issues on a deeper level, yet they constantly miss their mark because instead of making this a deep character study, they just want to try and make it a love story which fails to work.

Bottom Line – Really unbelievable premise that doesn’t manage to work despite the fact that the cast is great.  Gere and Olin have nice chemistry despite the fact that the story takes things in a very strange and even dangerous direction. The supporting cast that includes Irwin, Lindo and Bancroft have more potential than their characters are allowed to have and that makes things feel far too unresolved along the way. They miss a great opportunity here to try and explore these kind of psychological issues and instead try and turn it into a love story which is a shame.

MovieRob’s Favorite Trivia – To prepare for the film, Richard Gere, Mike Figgis and Eric Roth did a tremendous amount of research and studying on manic depression (now called bipolar disorder). Gere met with several people who have the disorder to gain insight and knowledge on what to accurately portray. (From IMDB)