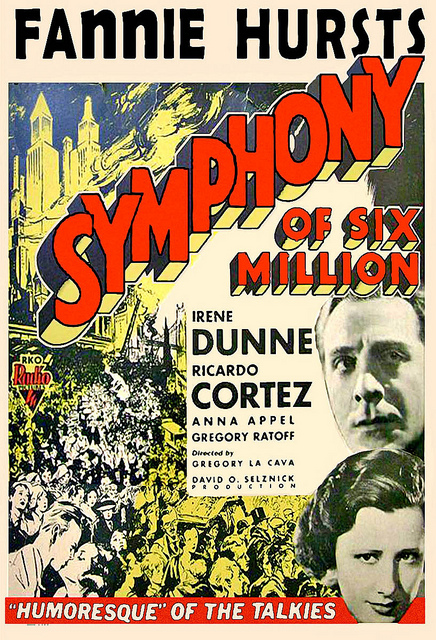 This month’s genre has been chosen by Patty of CaftanWoman.com and we will be reviewing our favorite Medical Dramas.

Let’s see if I felt that this movie would be worthy of being in the company of my others favorite movies in the genre of Medical Dramas….. 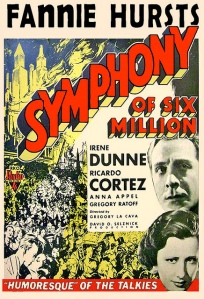 Brief Synopsis – A young man vows to be a doctor in order to help others, but his dedication to his profession causes too many problems with his connections to family and friends.

My Take on it – This is another movie that I had never heard about before coming across it during my research for this month’s genre.

The film tells the story of a young Jewish boy living in New York City who strives to be the best doctor that he can.

The fact that this film was made nearly 90 years ago quite impressed me because of the way that many themes and aspects of the plot still are relevant in toady’s world.

The story plays out really well and we can get a clear idea of the kind of devotion that this man has to his patients no matter what.

The fact that his love of his profession causes rifts within his family is also shown really well because it is able to add some nice conflict to the tale.

The costumes and makeup aren’t convincing enough and some of the characters don’t age very well because of that.

As a religious Jew, I found the fact that this film was able to show some Jewish religious rituals that are not very familiar to the general world in a very realistic and convincing way says so much about the detail used in making this story.

This allows us to see how despite so many change over the past 88 years, certain things have still stayed the same over that time.

Bottom Line – Very interesting take on this kind of story and the fact that it was made in the early 1930’s says so much about it. The story is done quite well and they make us understand really clearly the devotion that this man has to his profession and patients while unfortunately leaving his family and their issues on the side. The one aspect of this film that is a bit ridiculous is the way that they age some of the characters using very unconvincing make-up. Loved the way that this film actually shows some unfamiliar Jewish religious rituals (which I’m familiar with) that show how much has stayed the same even after almost 90 years. Recommended!

MovieRob’s Favorite Trivia – The MPAA was so concerned that the intense, highly realistic and accurate operating room scenes would be too much for some audiences that it sent a letter to David O. Selznick, head of production at RKO warning him of this. It is not known if any changes were made as a result. (From IMDB)

Genre Grandeur Worthy? – Not really, but does come close. Great premise and idea that misses some beats which would have made this even better.