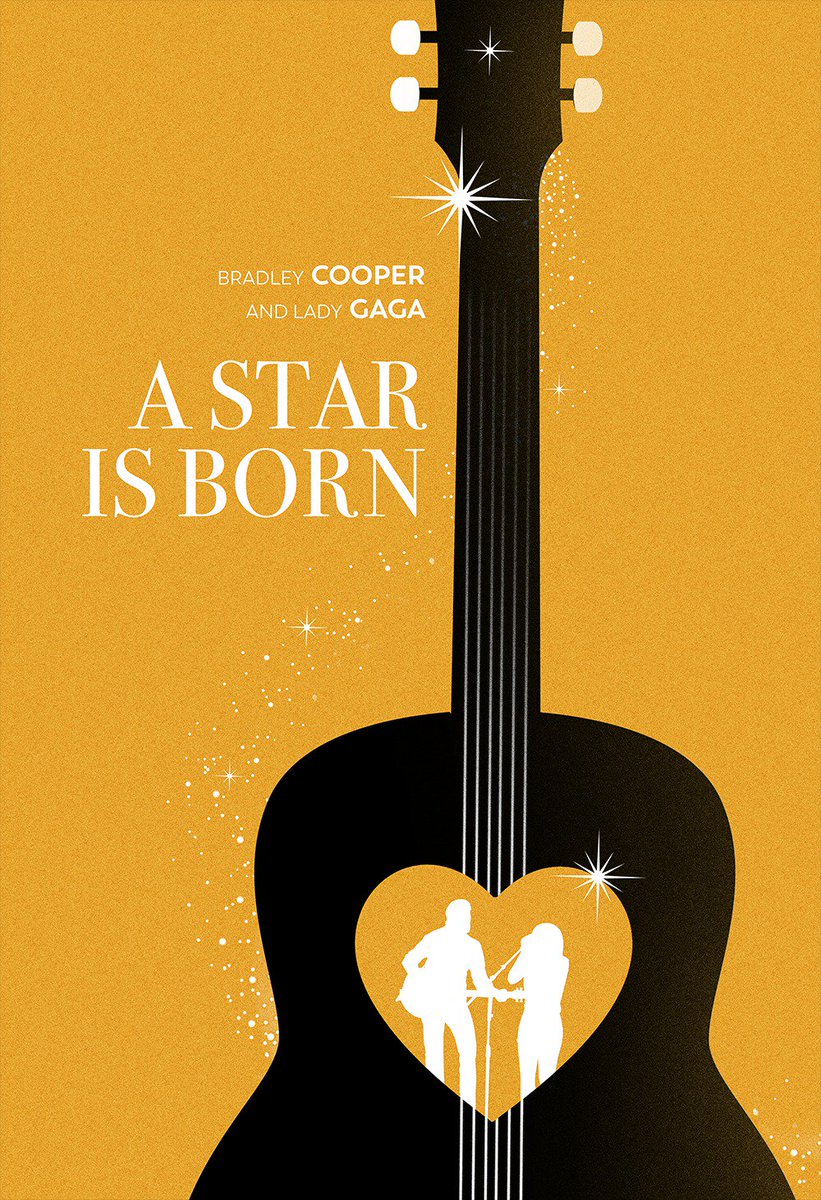 “You think maybe he drinks a bit much? Sweetie, you have no idea. ” – Bobby

Brief Synopsis – A young waitress who aspires to be a singer falls in love with a musician who helps her find a way to cultivate her talent.

My Take on it –  This is a film that I feel in love with when I saw it for the first time almost two years ago.

The movie is a newer version of one that has been filmed three previous times before, yet they manage to make this one the most powerful of the lot.

Bradley Cooper does an amazing job directing and starring as the lead in this film.

His vision of this story within the music industry works much better and realistically than the three other renditions of the story largely due to the main focus on the musical aspects instead of having the main character be an actress, a singing actress and ultimately a country-western singer.

Each have their own demons that they are trying to excise and they don’t try to sugarcoat things at all here.

This helps propel the story along at a great pace despite the two hour plus runtime.

The film’s music and songs are spectacular and add so much to the environment of the story and these characters.

This movie only manages to win one Oscar and that is for the main sing of “Shallow.”

That’s quite shame because this is such a powerful film and is more intense than all of its competition at the Oscar that year.

Hopefully, people will now see this story as being done so perfectly now that there will never be the feel or need for doing it yet again.

Bottom Line – Amazing version of this story that has been done numerous times beforehand. Cooper’s vision of this story is set so well within the music industry and that works better than the previous ideas of acting, singing and acting or of country western singing. The story does a wonderful job developing these characters to a point where we can care so much about the and all that transpires.  Each of these characters has their own demons to try and deal with and that helps propel the story along at a great pace. The music and songs are superb and add so much to the atmosphere of the film and these characters. This, IMHO, was one of the very best films nominated for Best Picture that year, yet it’s disappointing that they only were able to win an Oscar for Best Song. I think that now that Cooper has made such a great version of this story, there is little reason to try and top it again in the future. Highly Recommended!

MovieRob’s Favorite Trivia – Bradley Cooper claimed that his dream was to be a director before he got into acting, and this was his directorial debut. Additionally, he had written some of the film himself. Steven Spielberg and Clint Eastwood had expressed interest. However, Cooper’s persistence landed him the project. (From IMDB)