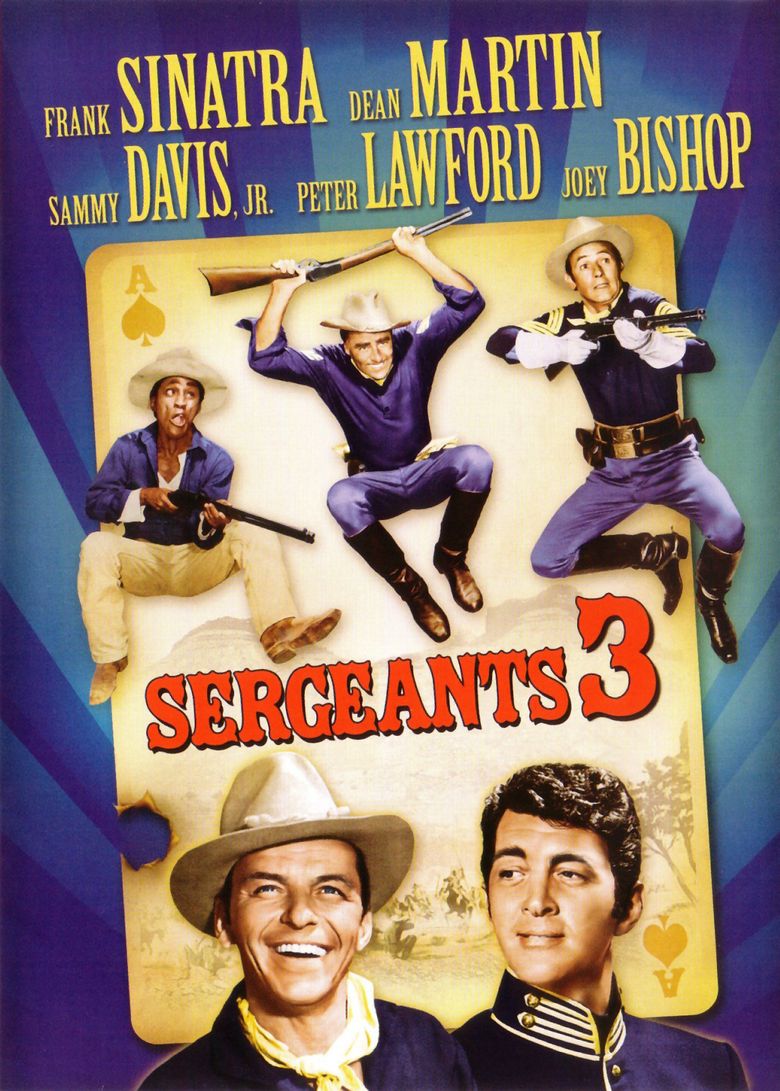 Tnx for letting me partake Kristen! 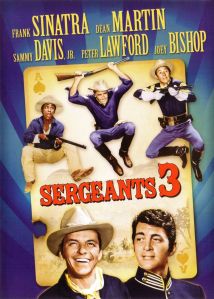 Brief Synopsis – A group of Calvary sergeants and a bugler must try and stop a band of Indians from joining the various tribes together to take on the US Army.

My Take on it – This is a film that I never heard about before until I started doing research for films of Lawford for this blogathon.

This is a really fun Western that works so well due to the tone set by the members of the Rat Pack.

The film is able to give us very distinct personalities for the three main characters and Frank Sinatra, Dean Martin and Peter Lawford all are wonderful in these roles.

This film’s story is able to tow the very thin line between comedy and drama and they allow for things to move along at a great pace due to this mix.

The movie has some great battle scenes that look quite epic and realistic which adds so much to the thrill of those scenes.

The arrow barrage scene is filmed really well and it’s great how the characters deal with arrows falling from afar.

His song and dance routine at the beginning is done quite cleverly in order to let him show off hos talents while keeping things really fun.

Bottom Line – Fun Western that works really well due to the tone that the Rat Pack give things. Really liked the way that they form diverse personalities for Sinatra, Martin and Lawford.  The story is able to tow the fine line between comedy and drama and it works really well.  The battle scenes are filmed in a very interesting way that helps keep it all very thrilling to watch. Loved the way that they deal with barrages of arrows being shot from afar.  Davis Jr. is great as comic relief and his song and dance act at the beginning is very funny to watch. Recommended!

MovieRob’s Favorite Trivia – This was the final “Rat Pack” film project to include Peter Lawford. A rift with Frank Sinatra permanently ended their friendship. (From IMDB)