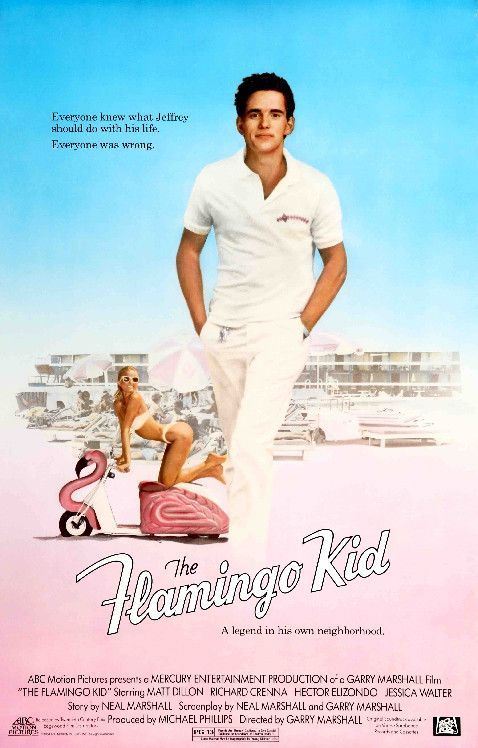 This month’s genre has been chosen by Todd of The Forgotten Filmz Podcast and we will be reviewing our favorite 80’s Teen Films.

Let’s see if I felt that this movie would be worthy of being in the company of my others favorite movies in the genre of 80’s Teen Films….. 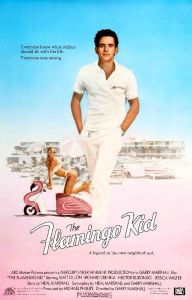 “I remember my father telling me there are only two important things in life. He said,  ‘finding out what you do well and finding out what makes you happy. And if God is smiling on you, they’re both the same thing.’ ” – Arthur Willis

Brief Synopsis – A teenager gets a job at an exclusive country club over the summer despite the fact that his father wants him to intern at an office instead.

My Take on it – This is another 80’s film that I recall seeing in the theater (as a 10 year old) and that helps make things somewhat nostalgic for me to watch now.

The story and plot are great and they manage to work well largely due to the way that they are able to create such a great atmosphere for this kind of tale.

Matt Dillon is great in the lead role and manages to show us the kind of internal conflicts that his character must deal with throughout because the story looks quite deeply into the class system of the 1960’s and how it might effect a teenager seeking to do great things.

We get a very nostalgic feel for New York in the early 60’s and the characters all seem to fit into that era so well due to the way that they are developed on a deep level.

Love the way that this film shows the dilemma that this character faces when he must try and choose between the views of a father that he loves so much and a mentor that he respects so much.

This is such a great theme that helps propel the story along.

It’s a bit disappointing that they don;t explore these kind of situations on a more powerful and poignant level because it would have made things even more enjoyable to watch.

The end of the film feels a bit too rushed and that unfortunately hurts things a bit too much despite it being an engrossing and entertaining story to watch as it progresses.

Bottom Line – Really interesting idea that works quite well due to the way that they present the story. Dillon is great in the lead and manages to make us truly believe his character’s dilemmas along the way. The film is able to present a very nostalgic feeling for the early 1960’s and the characters are developed quite well.  The conflicts that this character feels between his loyalty to his father and his mentor works well in establishing some great themes. Unfortunately, they don’t explore these themes on a deep enough level that would help make things more powerful and poignant to watch unfold. The supporting cast is also great with Crenna, Pinchot, Jones, Elizonda and Stevens all doing nice jobs with these characters. The end feels a bit too rushed and that hurts things a bit even if it is truly and entertaining story. Recommended!

Genre Grandeur Worthy? – Not really. Nice idea that works well because of the cast, but the story itself isn’t powerful enough given the themes touched upon.

One thought on “Genre Guesstimation – The Flamingo Kid (1984)”