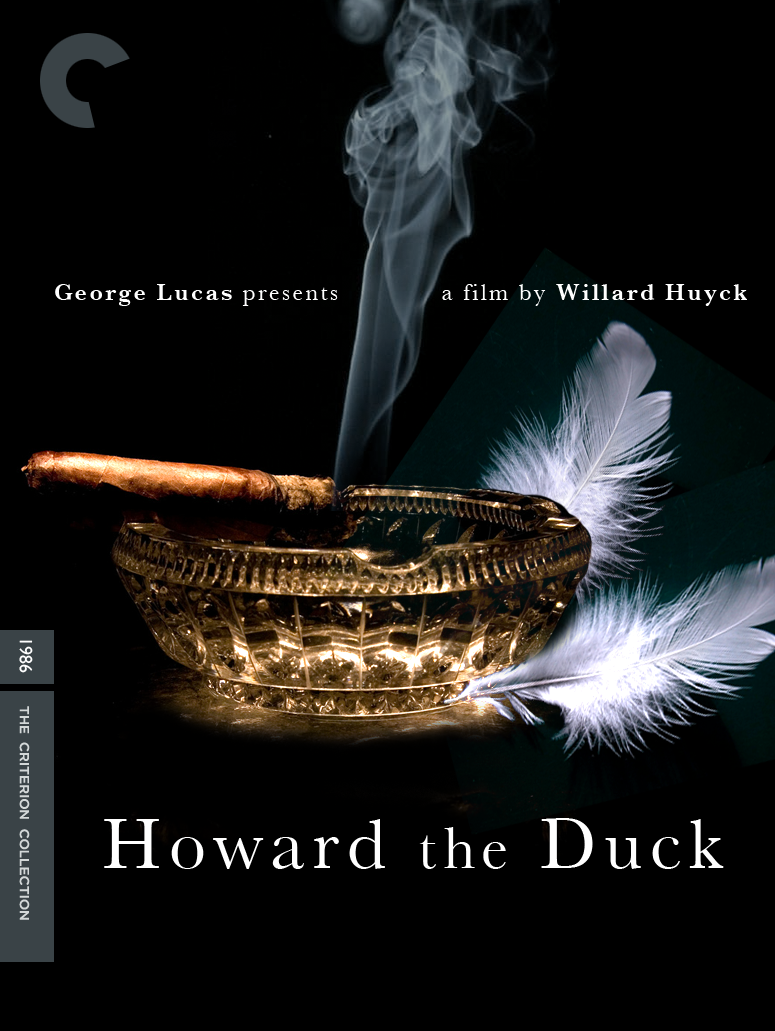 This review is part of the Monthly ABC Film Challenge over at Movie Reviews 101. This month’s theme is 80’s films.

Brief Synopsis – An anthropomorphic duck from another planet is transported to Earth and must find a way back to his home world.

My Take on it – This is a film that I had avoided watching for 34 years since I never heard anything good about it.

This film has a strong cult following and based on the story and the way that they present things, I’m not surprised by that at all even if it is far from being my kind of film.

This film is terrible and has very few reasons to watch it.

The story relies far too heavily on special effects and the poorly done animatronics doesn’t help make it any more enjoyable to watch unfold because it seems far too unrealistic as presented which is quite a shame.

The story is done in a really boring way and fails to find a way to stay interesting at all.

The tone is constantly off the whole way through which also hurts this far too much.

George Lucas produced this film and that alone says so much about the kind of potential that he believed this story had.

Unfortunately for him, it was a box office bomb and it all comes across as being far too silly.

The film has a talented cast who are wasted here.

Lea Thompson, just off her success in Back to the Future (1985) is really wasted in the co-lead role here which is so unfortunate because she had so much potential as an actress that was squandered with this role.

Jeffrey Jones and Tim Robbins are also great actors but aren’t given enough to do here.

The look of Howard the Duck is so unrealistic that it’s quite laughable due to the way that they present things here.

Bottom Line – Horrendously bad movie that has very little saving graces. The story itself is quite boring and the tone is off kilter the entire way through. The special effects are passable, but the animatronics don’t seem to work well enough which makes things look even more unreal which is a shame. The fact that Lucas produced this film for his new Production Company says so much about his hopes for this movie working much better, but it was a complete box office bomb due to the silliness of it all. The cast is completely wasted in these roles especially Thompson who had so much promise. I can definitely understand how this film could gain a cult status, but it is not my kind of thing at all.

MovieRob’s Favorite Trivia – According to reports at the time of the movie’s release, George Lucas had just built the $50-million Skywalker Ranch complex, and was counting on this film to get him back in the black. When it bombed, he was forced to start selling off assets to stay afloat. His friend Steve Jobs, the CEO of Apple Computer, offered to help by buying Lucasfilm’s newly-launched CGI animation division for a price well above market value. Lucas, in desperate straits and thankful for the assistance, agreed. That division eventually become Pixar Animation Studios. (From IMDB)