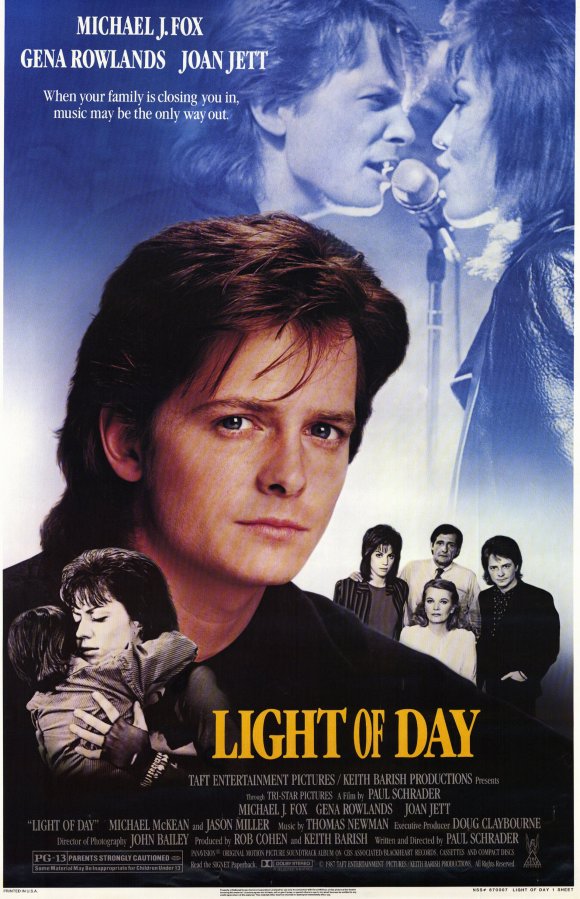 “Music is all that matters. One hour on stage makes up for the other 23.” – Patti Rasnick

Brief Synopsis – A brother and sister musicians must decide whether to stay in their small Cleveland suburb with their family or try and make it big by performing on the road.

My Take on it – This is a film that I recall hearing about when it came out yet never had much of a desire to see what it was all about.

Th music video played often on cable, so I was familiar with the film’s theme songs sung by Joan Jett.

Michael J. Fox famously signed on for this film in order to try and allow himself to show his acting ability in more serious dramatic roles.

Unfortunately, it’s quite hard to take him seriously here due to his grunge look of long hair and an earring.

His chemistry with on-screen sister Jett also doesn’t work well enough and it’s a bit hard to believe that they are meant to be related.

The best part of this film is the music.

The title song written by Bruce Springsteen is great

Listen to it here:

The story moves too slowly and the dramatic parts take too much time to have a point and that hurts te story too much.

Bottom Line – Interesting idea that doesn’t work as well as one might hope. Fox is so hard to take seriously in a role like this and he looks ridiculous with the long hair and earring. His chemistry with Jett as his sister also doesn’t work well at all. The music is nice and the film’s theme song by Springsteen is fun to listen to. The story itself moves at a pretty slow pace when dealing with the dramatic aspects of the story and that hurts things too much.

MovieRob’s Favorite Trivia – Bruce Springsteen wrote and composed this song “Light of Day” specifically for this film; Joan Jett performed the song for this film. Paul Schrader’s original working title for the film was “Born in the U.S.A.” He showed the screenplay to Springsteen to make sure he got the details about a blue-collar band. Springsteen ended up using the title for a song he had been writing about a Vietnam veteran, and as a result, the Barbusters’ signature song, which he proved, gave the film its eventual title. From the late 1980s and during the 1990s, Springsteen himself used the song to close his concerts. (From IMDB)