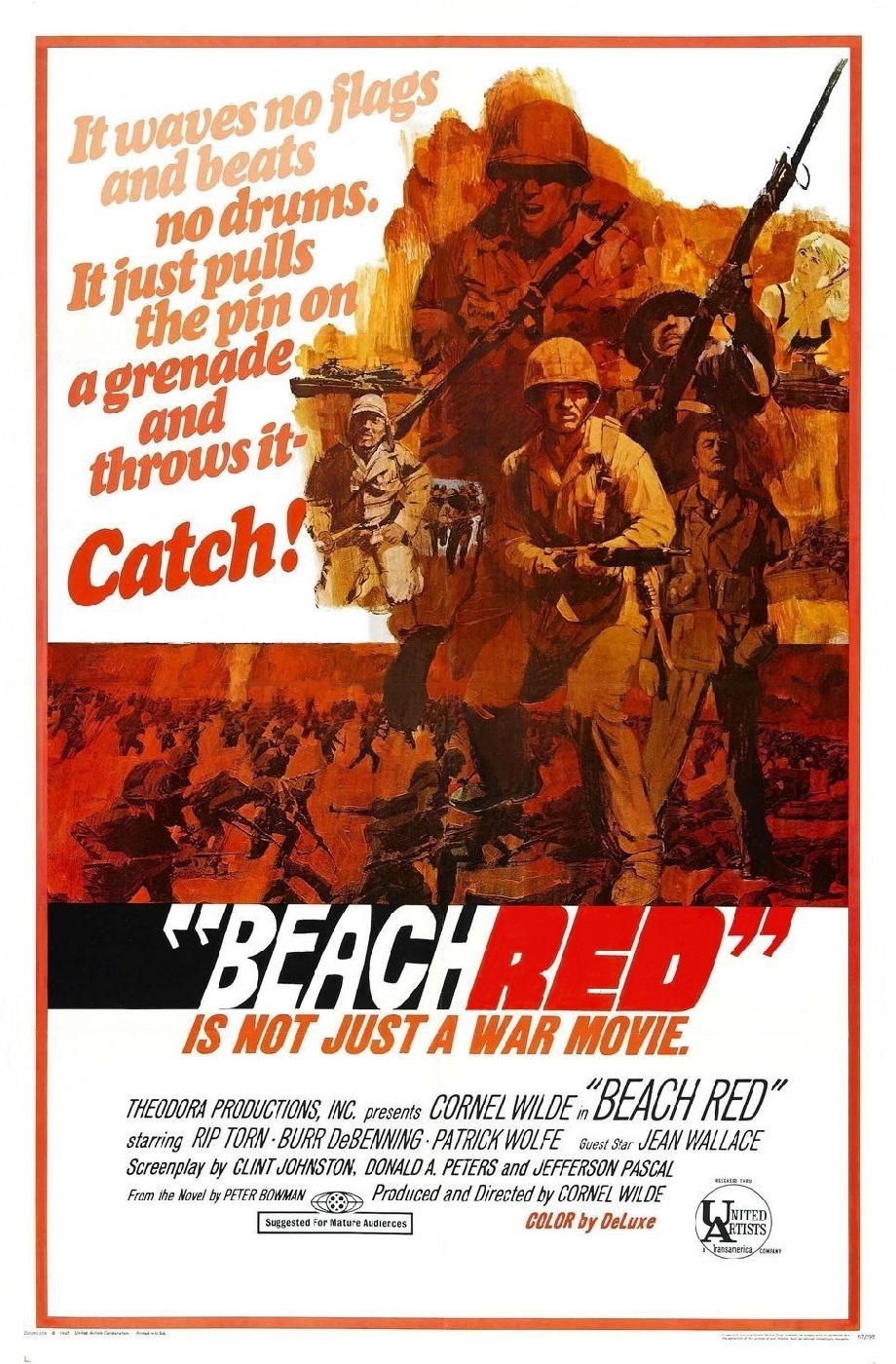 “That’s what we’re here for. To kill. The rest is all crap! ” – Sergeant Honeywell

Brief Synopsis – A Marine unit is sent to take a small Japanese island, but things are never as simple as they may seem at first.

Bottom Line – fascinating war movie that is able to show the true horrors of war The characters are developed really well and we can easily differentiate between them as the story begins to unfold. The battle scenes are depicted very realistically and that adds so much to the impact of such a story.  The cast is superbly led by Cornel Wilde and Rip Torn and we can really connect with these characters. The characters are all given identities which makes it even more powerful, yet more realistic when any of them don’t make it out alive in the end.  Recommended!

MovieRob’s Favorite Trivia – The opening landing sequence in the Steven Spielberg World War II movie Saving Private Ryan (1998) are quite similar to those in this film, especially the scenes where an American soldier has his arm blown off and staggers around until he finds it and picks it up. Upon this film’s release that scene caused a firestorm of controversy regarding on-screen violence, but by the time “Ryan” came out, its sequence showing that same incident caused little if any comment. (From IMDB)