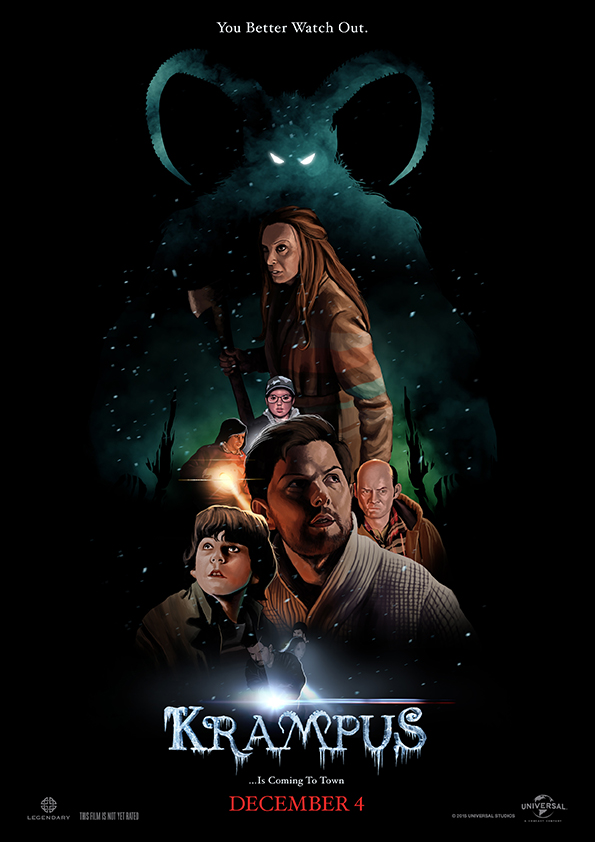 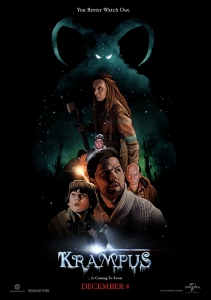 “Saint Nicholas is not coming this year. Instead, a much darker, ancient spirit. His name is Krampus. He and his helpers did not come to give, but to take. He is the shadow of Saint Nicholas.” – Omi

Brief Synopsis – After experiencing a really bad Christmas eve with his family, a young boy accidentally summons an evil spirit which wrecks havoc on his town.

My Take on it – I am not a fan of horror films at all and wasn’t too keen to watch this film at first.

Once things started moving along, I began to warm up to the premise which helped make things more enjoyable to watch unfold.

The idea of an anti-clause who’s goal is to ruin Christmas actually makes sense and could conceivably exist.

The pacing of the story is great and things move along really well.

The film is comedy horror and that works especially since this film has a Gremlins (1984) aura to it the whole time.

The film has a great cast led by Adam Scott and Toni Collette.

But David Koechner and Conchata Ferrell each steal every scene hat they appear in because they are given such interesting and funny characters.

The best scenes in the film are the ones with the gingerbread men who add so much energy to the story.

Bottom Line – Intriguing idea that shows how the anti-clause could also exist and try and wreck Christmas. The story itself moves along at a nice pace and the choice to keep it as a horror comedy works to its advantage. The cast is great with Scott and Collette as the parents, but Koechner and Ferrell steal every scene that they each appear in with the great characters that they are given. The film has a Gremlins (1984) aura to it and the battles with the gingerbread men are classic.  Recommended!

MovieRob’s Favorite Trivia – Understandably, with the controversy that surrounded other Christmas horror movies like Silent Night, Deadly Night (1984) and Black Christmas (1974), Krampus (2015) was a hard story to sell. It wasn’t until Legendary Pictures agreed to a PG-13 rating that Universal green lit the movie. (From IMDB)