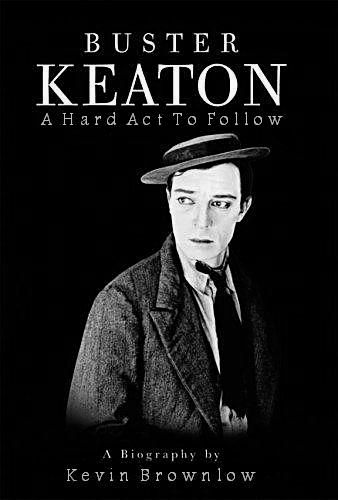 “Thank you, Mr Chairman. I’m not very good at public speaking… But to show you that my heart’s in the right place I’ll fight any man in the house.” – Buster Keaton

Brief Synopsis – Documentary about the life and career of famed comedian and director Buster Keaton who changed the face of films in the 1920’s.

My Take on it – This is a fascinating documentary about the life of one of the best comic geniuses of his time.

The film utilizes lots of interviews with Keaton himself along with colleagues, family and other people who were influenced by him.

These interviews give so much insight into his character and lifestyle and we get to see how a comic genius like hm was always able to find ways to make anything and everything funnier.

Despite being a pioneer in his craft, competition with other comedians along with friction with his directors and producers led to far too many conflicts.

He was able to create his own kind of comedy that helped change the face of the field at the time.

The film also shows how much his work affected his personal life and in a way that seems far too familiar, he went down the same path as many other people of his stature and has an uninspiring family life.

Bottom Line – Amazing documentary about the career of one of the best comedians of his time.  The interviews with Keaton, his colleagues and family members give us so much insight into his comedic mind that was truly like no other.  He was a true comic genius and a pioneer in his craft despite his constant competitiveness with other comedians and the producers and directors that he had to follow. He formed his own brand of comedy that really paved the way for so many changes in the industry. His personal life is also shown here and we get to see how much his work affected the way he acted at home which has become quite familiar with lots of people with similar talents. Highly Recommended!

MovieRob’s Favorite Trivia – Critic Roger Ebert wrote of Keaton’s “extraordinary period from 1920 to 1929” when he “worked without interruption” on a series of films that make him “the greatest actor-director in the history of the movies”. (From Wikipedia)