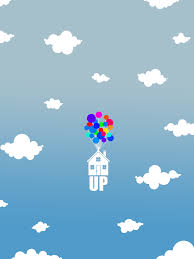 Initial Viewing Memories – I saw this on DVD not long after it came out and it still remains one of the most moving PIXAR films ever because of the way it captures the spirit of adventure that remains inside even after so many years of not being able to fulfill those wishes.

“I DIDN’T ASK FOR ANY OF THIS.” – Carl Fredricksen

Brief Synopsis – A retired balloon man tries to find a way to fulfill the dreams of his youth even after his wife of decades passes away.

My Take on it – Amazing story that resonates so well throughout. Ed Asner is perfectly cast in the role of the voice of the main character and helps make us care so much about him and everything that happens to him. The story unfolds in a great way and shows hat the spit of adventure can remain inside even after decades of just dreaming of it. The film finds a way to keep things so enthralling from start to finish and the message stays profound throughout. This film has the distinction of being the most emotional PIXAR film due to a short two minute segment showing the relationship between the main character and his wife Elle throughout the years. The story is captivating throughout and there is a reason that this film became just the second animated film to ever be nominated for Best Picture.  The film deals with some great issues including the loss of a spouse, how a kid deals with being in a single parent household while still seeking a father figure and also how characters deal with the inability to have children and how these things affect people. Highly Highly Recommended!

MovieRob’s Favorite Trivia – Before the film’s worldwide release date, Pixar granted a wish from 10-year-old Colby Curtin to see the film before she died. Colby had been diagnosed with cancer and was too sick to go to a theater. A Pixar employee flew to the Curtins’ house with a DVD of the finished film and screened it for her and her family. Curtin died seven hours later at 9:20 pm, shortly after seeing the film. (From IMDB)