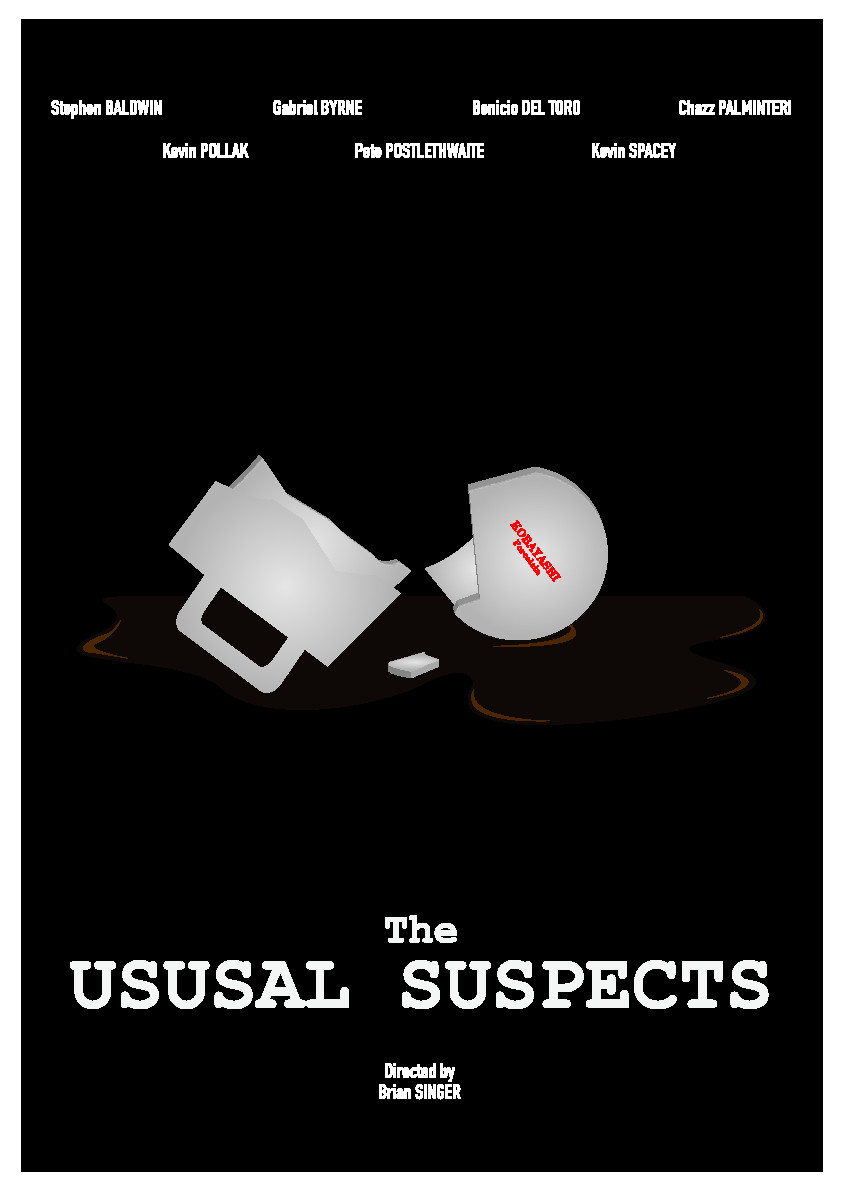 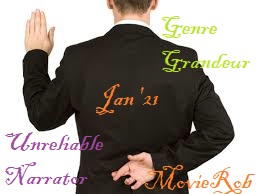 For this month’s next review for Genre Grandeur – Unreliable Narrator movies here’s a review of The Usual Suspects (1995) by Me.

Thanks again to Lisa Leehey of Critical Critics  for choosing this month’s genre.

Next month’s genre has been chosen by Aaron Neuwirth of the Code is Zeek and we will be reviewing our favorite Horror-Comedy Films.

Please get me your submissions by the 25th of Feb by sending them to scaryfunnyaaron@movierob.net

Try to think out of the box! Great choice Aaron! 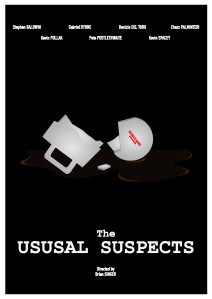 My Take on it – This is a film that is so mind twisting that it remains so much fun to watch over and over.

It is structured in a way that its possible to pick up on small details every time tat you possibly didn’t catch the last time around.

The story unfolds in a great way and that has much to do with the way that Spacey narrates things because he is such a great storyteller here. He won his first Oscar for his work in this film.

The biggest problem with this film, which also makes it so much fun, is the fact that we never are quite certain as to what he is telling us is fact or fiction and at the end one needs to put together the shattered puzzle pieces left for us in the end.

Bryan Singer does a wonderful job directing this film from the spectacular script written by Christopher McQuarrie.

This movie has lots of twists and turns along the way that add so much to the suspense of it all.

Te dialogue is crisp and delivered so well by this cast while making things so engaging and enjoyable to take in.

The story is so entertaining to try and piece together because it is done so near perfectly!

Bottom Line – Amazing film that is so fascinating to watch over and over because of the way it is structured. The cast is superb with Baldwin, Pollack, Byrne, Del Toro, Postlethwaite, Palminteri and Spacey all creating such intriguing characters tow atch. The way that the story unfolds is great because of the narration by Spacey who is such a great storyteller here. The problem is that we never quite know throughout what is fat or fiction despite things coming together almost perfectly. Singer does a great job directing the script of McQuarrie that has so many twists and turns along the way. The dialogue is quite engaging and stays so enjoyable especially once the viewer needs to try and piece together the puzzle of this story. Highly Highly Recommended!

MovieRob’s Favorite Trivia – The line-up scene was scripted as a serious scene, but after a full day of filming takes where the actors couldn’t keep a straight face, director Bryan Singer decided to use the funniest takes. A making-of documentary shows Singer becoming furious at the actors for the constant cracking-up. In an interview (on the Special Edition DVD), Kevin Pollak states that the hilarity came about when Benicio Del Toro “farted, like 12 takes in a row.” Del Toro himself said “somebody” farted, but no one knew who. (From IMDB)