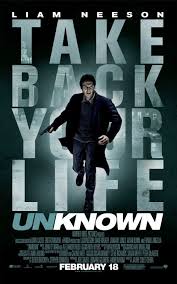 “In the Stasi, we had a basic principle: ask enough questions and a man who is lying will eventually change his story. But the man who tells the truth cannot change his, however unlikely his story sounds.” – Ernst Jürgen

My Take on it – Really enjoyable thriller that works so well despite feeling too much like a Jason Bourne film.

Liam Neeson is superb in these kind of roles and makes his character feel so much more convincing as someone with amnesia especially given the clever plot of this movie.

The film has a great mystery and the way that they slowly reveal things to both the character and the audience at the same time works really well.

The action scenes are done in a very thrilling way that helps keep things so much fun and engaging to watch unfold.

The chemistry between Neeson and co-star Diane Kruger helps make things even more enjoyable to watch.

The rest of the supporting cast is also great with January Jones, Aidan Quinn, Bruno Ganz and Frank Langella all adding so much to the mystery of everything as the story unravels in some unexpected ways.

The European location also adds more to the suspense since the area is more susceptible to such a thrilling mystery.

MovieRob’s Favorite Trivia – Filming in Berlin proved very difficult as the city was undergoing its coldest winter in 20 years at the time. (From IMDB)