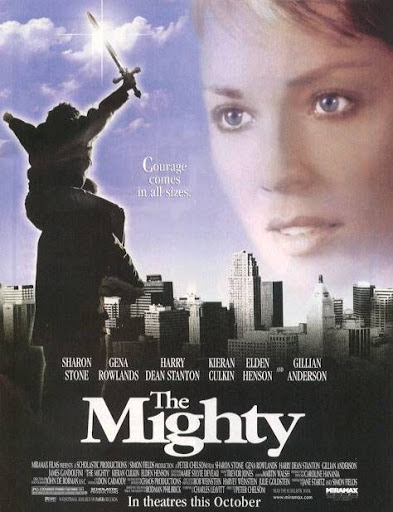 “Every word is part of a picture. Every sentence is a picture. All you do, is let your imagination connect them together. If you have an imagination that is. ” – Kevin Dillon

Brief Synopsis – A friendship blooms between two child outcasts that work together to help each other in ways that they never expected.

My Take on it – This is a film that I recall hearing about when it came out, yet never had a desire to see.

Boy was that a mistake.

This is a great story about true friendship between two teenagers who never would have expected to connect with one another.

The way that these characters complement one another both physically and mentally is great and that helps form a solid basis for their newfound friendship.

The film’s use of mythology and tales of knights and dragons is integrated into the story line really well and helps make it even more engaging to watch.

The two lead characters are played by Kieran Culkin and Elden Henson and they are both superb here.

They help convey how these characters could become so close in such a short period of time.

The supporting cast is also powerful with Sharon Stone playing Culkin’s mother and Harry Dean Stanton playing Henson’s grandfather who shows that even at his advanced age, he could play a character with lots of passion like he does here.

MovieRob’s Favorite Trivia – Originally, the movie was supposed to be called “Freak the Mighty”, just like the book. But, Miramax, the studio that distributed the movie, found the title too offensive, so the title was chopped in half to “The Mighty”. (From IMDB)