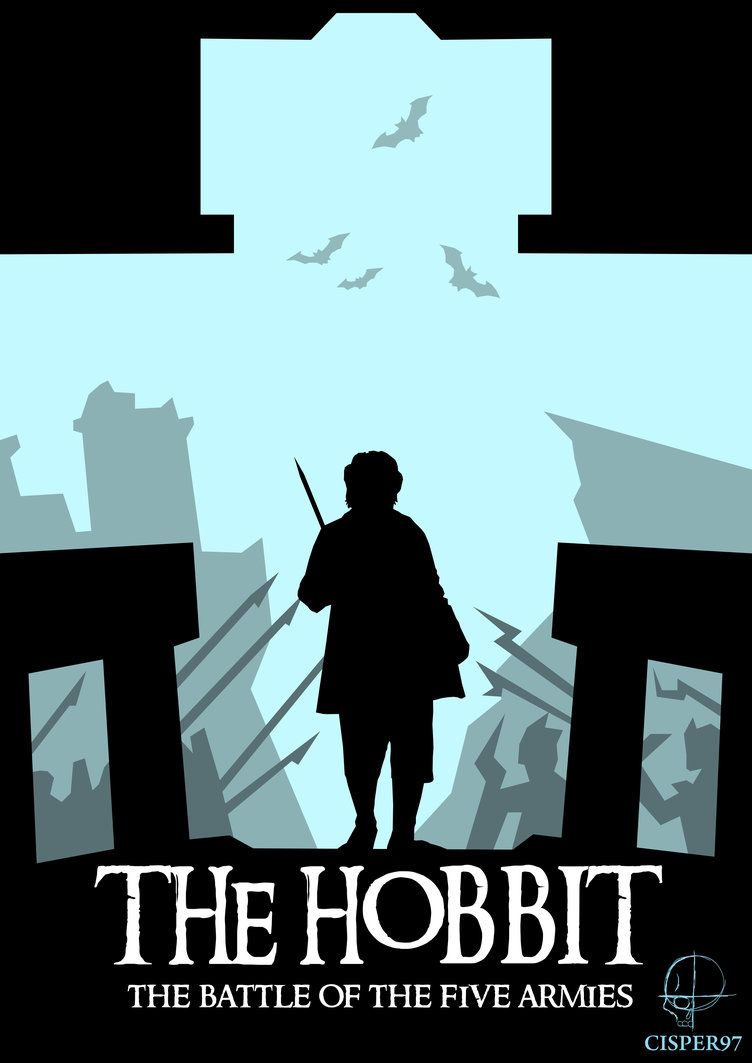 “When faced with death, what can anyone do? ” – Bilbo Baggins

Brief Synopsis – Final chapter in the trilogy brings our heroes to the end of their quest, but now they need to decide what to do once they get there.

My Take on it – This film was meant to be the culmination of the saga of Middle Earth and of the Hobbit itself.

Unfortunately, instead of giving us a film worthy of the 5 that came before it, they tried to turn things into an action film.

The story doesn’t have enough emotional depth and that makes it the weakest of all 6 films in the series.

The special effects are obviously amazing once again, but besides that, this film has very little to offer.

The characters aren’t shown as prominently as they were in the previous films and a quest to find oneself, turns into a 3 hour long battle that could have been done very differently.

The only points in the story that help make us care about the characters are the first 20 minutes and the final 20 minutes, but the filler in between is just too much.

This is unfortunately a film that didn’t need to be made and things feel drawn out too much.

It’s quite a shame that they abandoned the idea to make only two movies because that might have given us something more concise and to the point.

Love the fact that they chose to end this film with the sing The Last Goodbye, because it adds such a bittersweet feel to the whole series, especially given the fact that Billy Boyd sings the song

MovieRob’s Favorite Trivia – The three songs from The Hobbit trilogy (“Song Of The Lonely Mountain”, “I See Fire” and “The Last Goodbye”) have been performed by men: Neil Finn, Ed Sheeran, and Billy Boyd, respectively. In the opposite way, the three songs from The Lord of the Rings’ trilogy (“May It Be”, “Gollum’s Song” and “Into the West”) have been performed by women: Enya, Emiliana Torrini, and Annie Lennox. (From IMDB)

Genre Grandeur Worthy? – Nope. Weakest of the 3 films in the series and just doesn’t reach the powerful levels that it could have reached.

One thought on “Genre Guesstimation – The Hobbit: The Battle of the Five Armies (2014) – Encore Review”