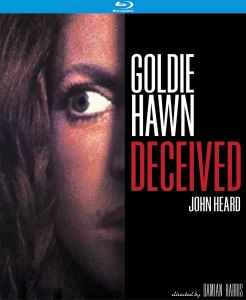 “I know how you feel, Carol. It’s very confusing when grown-ups do things that aren’t fair. [gives Adrienne a dirty look] But you have to accept that these things happen in life…” – Mr. Gingold

Brief Synopsis – After her husband dies in a mysterious accident, a woman tries to uncover the truth about his life.

My Take on it – Intriguing premise that works quite well despite the fact that parts of the story feel a bit too predictable.

Goldie Hawn and John Heard are both superb here and we can easily feel for them as the story unfolds.

The story is able to stay thrilling and suspenseful throughout because of the way that they create some nice twists and turns along the way that help keep things more ambiguous.

Hawn is able to show with this role that she is more than just a comedic actress and does a very believable job in this role.

The supporting cast is also quite good especially since it is filled with some recognizable faces (if not names) – Robin Bartlett, Beatrice Straight, Jan Rubes and Tom Irwin are all able to add something to the way that this story plays out.

MovieRob’s Favorite Trivia – This film was originally titled “The Mrs.” and early promotional material (including an early version of the final poster) contained this title. It became “Deceived” because the producers wanted to further separate Goldie Hawn’s association with bubbly comedy and they felt “The Mrs.” didn’t make the theme clear enough. (From IMDB)