To get this out of the way, Ad Astra is a bold journey into the beyond. It works at this level for several reasons, but I found the most interesting one to be the amount of trust it places on its audience. While not operating at a stage seen in more surreal space-based features such as 2001: A Space Odyssey, Solaris, or the more recent High Life, director James Gray’s arthouse sensibilities do bleed into this higher-budgeted affair. The resulting film finds a way to meld together some cerebral components to match the sci-fi spectacle. This is not a bad trade-off when you can have an introspective Brad Pitt deal with space pirates and other close encounters.

Pitt stars as astronaut Roy McBride, a golden boy with the right stuff if there ever was one, in the eyes of the public. He’s the son of an American hero, Cliff McBride (Tommy Lee Jones), also an astronaut, who went missing after launching into space in search of extraterrestrial life. Roy has his thoughts on this but is also perfectly controlled in his approach to space missions. His seeming detachment makes him ideal for almost any risky job. This will be put to the test, as he is tasked with journeying out to Neptune to stop mysterious energy blasts which are causing major problems on Earth.

Given the context Ad Astra focuses on concerning Roy’s father, it should be of little surprise that Cliff is involved in some way. However, the film is an adventure story of sorts, as we follow Roy’s journey to Neptune, which includes stops on the moon and Mars. During this time, we get to learn a lot about Roy’s state of mind. Between the constant narration and various interactions, Ad Astra makes no excuses for being a story about understanding one’s place in the universe, let alone what it means to feel attached in some way. 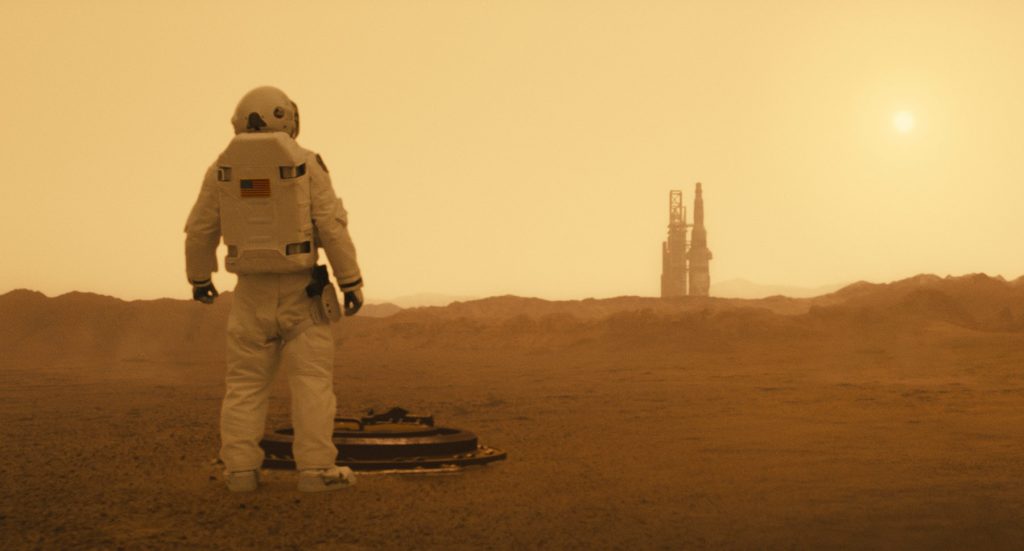 I can think of any number of sci-fi films Ad Astra seems to be paying homage to, but it’s also clear Gray looked to Joseph Conrad’s Heart of Darkness as a model for the plot. Calling this film “Spacepocalypse Now” would perhaps be going a bit too far, but the intentions do seem clear regarding the drive these characters have and the inevitable final encounter ideally shaping what any viewer will take away from this film. The key difference is our lead character.

Like we see with the journey of Marlow or Martin Sheen’s Capt. Willard, Roy develops an obsession with finding the man at the end of this journey; in this case, his father. The difference is whether or not Roy becomes unhinged, which calls to mind 2001. With that film, the humans were deliberately constructed as emotionless. Meanwhile, the spaceship’s computer, HAL 9000, had more personality than anyone. Roy feels like a balance in being a man cool and collected enough to perform his space tasks, while also contending with his complicated feelings.

As he’s in almost every scene, it’s important to note how great Pitt is in this movie. It’s not necessarily a quiet role, but his matter-of-fact discussions with various cast members, including Donald Sutherland, Ruth Negga, Liv Tyler, etc., point to what we also see in his non-verbal moments. Pitt can rely on his reactions to express what kind of character he’s portraying, and it allows for a very contemplative and compelling performance. 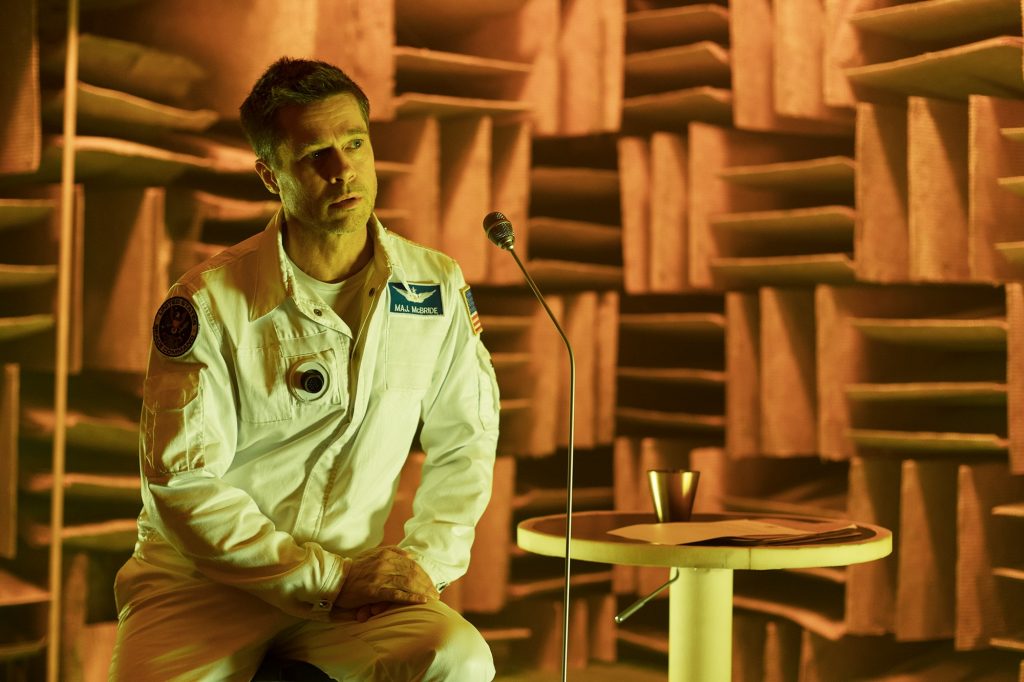 This is important for Roy. As confident as he is in calmly assessing situations and doing what is required, he’s a very flawed individual. Roy has attempted to bury all the thoughts concerning his father, how he was raised, and what to think of his old man now. By placing Roy on this journey, we delve into his inner struggles, with the film having a way for him to release his feelings via a piece of technology designed to measure his mental state. It’s one of the many ingenious ways this film finds in blending the sci-fi qualities with human emotion.

Now, as much as the film wants to engage on a cerebral level, complete with a deliberate pace (though the film caps off at a reasonably lean two hours), there is plenty of visual spectacle to behold. One could label Ad Astra as merely a thought-provoking sci-fi feature, but it dabbles in the realm of rip-roaring space adventure. Not without a sense of fun, the film features a moon-based car chase, zero-gravity fights, and even a scene ripped out of a horror movie. None of these aspects are distracting from the narrative (though I have some questions about at least one of the ones mentioned), but one can look at these sequences as a way to appease the mainstream crowd needed to support a heady but expensive feature.

Not hurting at all is the high level of technical achievements found throughout Ad Astra. Director James Gray began with much smaller, character-based crime dramas, so having him produce a couple of ambitious and meditative odysseys (this film, and his previous stunner – The Lost City of Z), shows me just how capable he has continued to prove himself to be. Gray has certainly stayed true to himself, as we are still watching an intimate character drama, he just happens to have surrounded his main character with so many wonderful qualities expanding the scope. 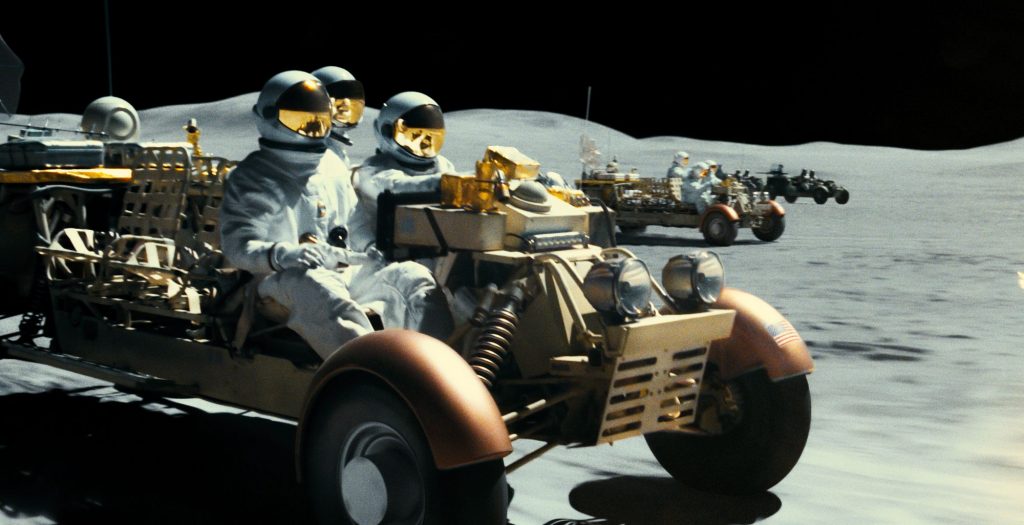 Visiting multiple planets, and various parts of space, cinematographer Hoyte van Hoytema (Interstellar) has done a tremendous job matching this solo journey with the vastness of his environment. An opening sequence finds Pitt just outside of Earth’s atmosphere, only to contend with a thrilling drop down to the surface. Another sees him underwater on another planet, slowly pushing himself to reach a specific destination. Both require a careful study in how to portray the character, and the film never backs down from making offbeat choices, further enhancing how the audience can read this story. Composer Max Richter also enriches what we see with another beautiful score.

If there’s any major concern, it’s just how invested I ended up feeling in the journey given the results. Without delving too far into it, while Jones is excellent in his limited screentime, it felt like Ad Astra’s climax could not match up to the journey. There was too little offered in its final stretch to bring me to a place I’ve similarly found myself in when considering what it all means at the end of an odyssey. That’s saying a lot given all the potential for science fiction films to comment on the human condition in a variety of ways, let alone how we are shaped by our relationships and connection to nature (or the universe). Any bread aficionado will tell you selecting the best bread flour is one of the most important decisions you’ll make when learning how to bake bread. But which one to choose? If you’re a looking to put on your apron and bake your own loaf, prepare to be baffled by the range of flour now on supermarket shelves. There are certainly plenty of types of flour you can experiment with. All-purpose, rye, wholemeal, spelt – each will give your bread a unique taste, appearance and texture. But before we talk about the varieties, let’s start with some baking science. Why is flour so important to the bread-making process?

Still, in the realm of filmmaker-driven original science fiction films, Ad Astra is ambitious to a point and certainly worthwhile for many reasons. Pitt delivers his second of two terrific 2019 performances. The handling of craft concerning the sci-fi-based spectacle on display is fantastic. And even while I had issues with some familiar elements and a less than stellar payoff, Ad Astra does try its hand at challenging the viewer in ways we don’t often see for a film designed for mass audiences to watch. This is enough to say I’d be happy having gotten a premium viewing experience of the film. However, even if one must watch from home, Ad Astra delivers a thrilling mission to Mars, and beyond. 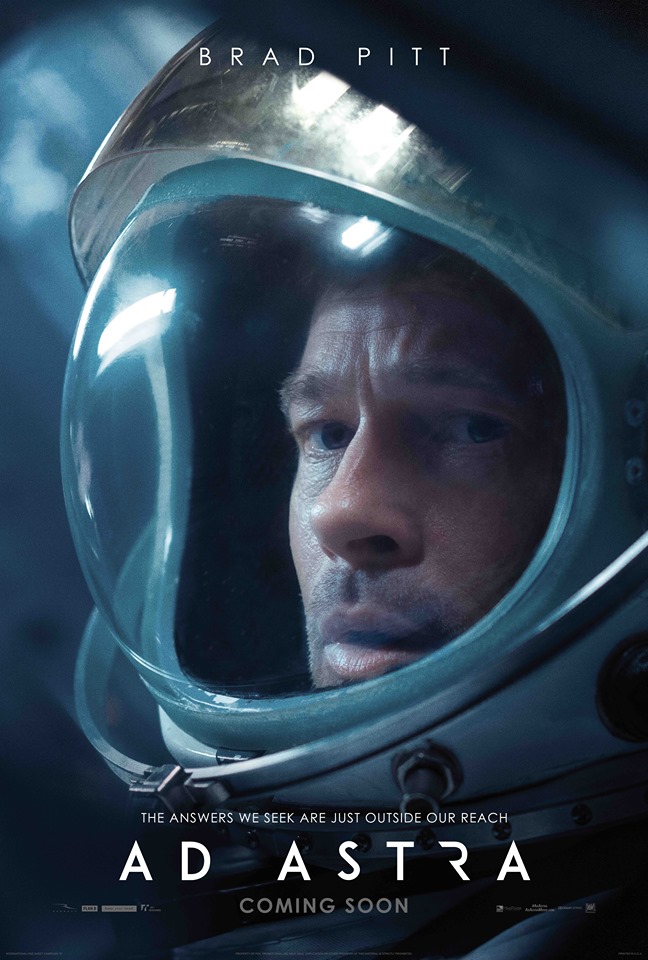