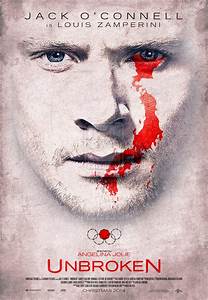 Brief Synopsis – Based on the true story of a trio of soldiers who’s plane gets lost in the Pacific during World War II and what they did in order to try and survive.

My Take on it – This is a film that basically has two stories to tell and they merge them together due to the way that things play out.

The first part of the story deals with the incredible survival story that Louis Zamperini and his crew had to deal with after their plane crash landed in the Pacific.

This half of the story is fascinating to watch despite the fact that it is very slow churning in the way things unfold.

The various dangers that these men faced on the Ocean for such a long period of time would be quite hard to believe if it wasn’t known to be true.

The second part of the story deals with how these characters were captured by the Japanese and how they were tortured by their captors.

The film deals with the idea of finding hope in seemingly hopeless situations and using it to keep one’s spirits high no matter the situation.

The story is told in a great way, but overall something feels missing that might have made things so much more poignant which is a shame.

MovieRob’s Favorite Trivia – The real Louis Zamperini passed away on July 2, 2014. He was able to watch a rough cut of the film on director Angelina Jolie’s laptop while in the hospital before he passed. (From IMDB)

Genre Grandeur Worthy? – Comes close, but something feels missing along the way that would have made this even more powerful.