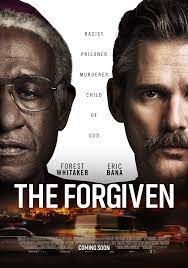 “No one.. is beyond redemption.” – Desmond Tutu

Brief Synopsis – Based on the events in South Africa following the end of Apartheid where Archbishop Desmond Tutu was appointed the head of a committee to try and decide what to do with those accused of racially charged crimes committed by government officials.

My Take on it – Really disappointing film that wasn’t nearly as powerful as I would have expected.

Both Forest Whitaker and Eric Bana are great actors, but neither manages to allow these characters to be more sympathetic like they need to be..

The story plays out in a strange way and instead of making the viewer care more about the way things play out, they do the opposite because of how things play out here.

The overall idea and premise is actually quite good, but the failure to make it feel more emotional or personal doesn’t help make things better to take in.

The idea of redemption and forgiveness is dealt with in a very superficial way which drags things down too much because one might expect a film like this to come across in a much more powerful and poignant way.

The pacing of the story is too slow and there are far too many scenes that just feel as if they are crawling along and that makes it even more difficult to keep the story more engaging and entertaining than it truly is.

MovieRob’s Favorite Trivia – Michael Ashton adapted the screenplay from the stage play The Archbishop and The Antichrist, which he also wrote. (From IMDB)