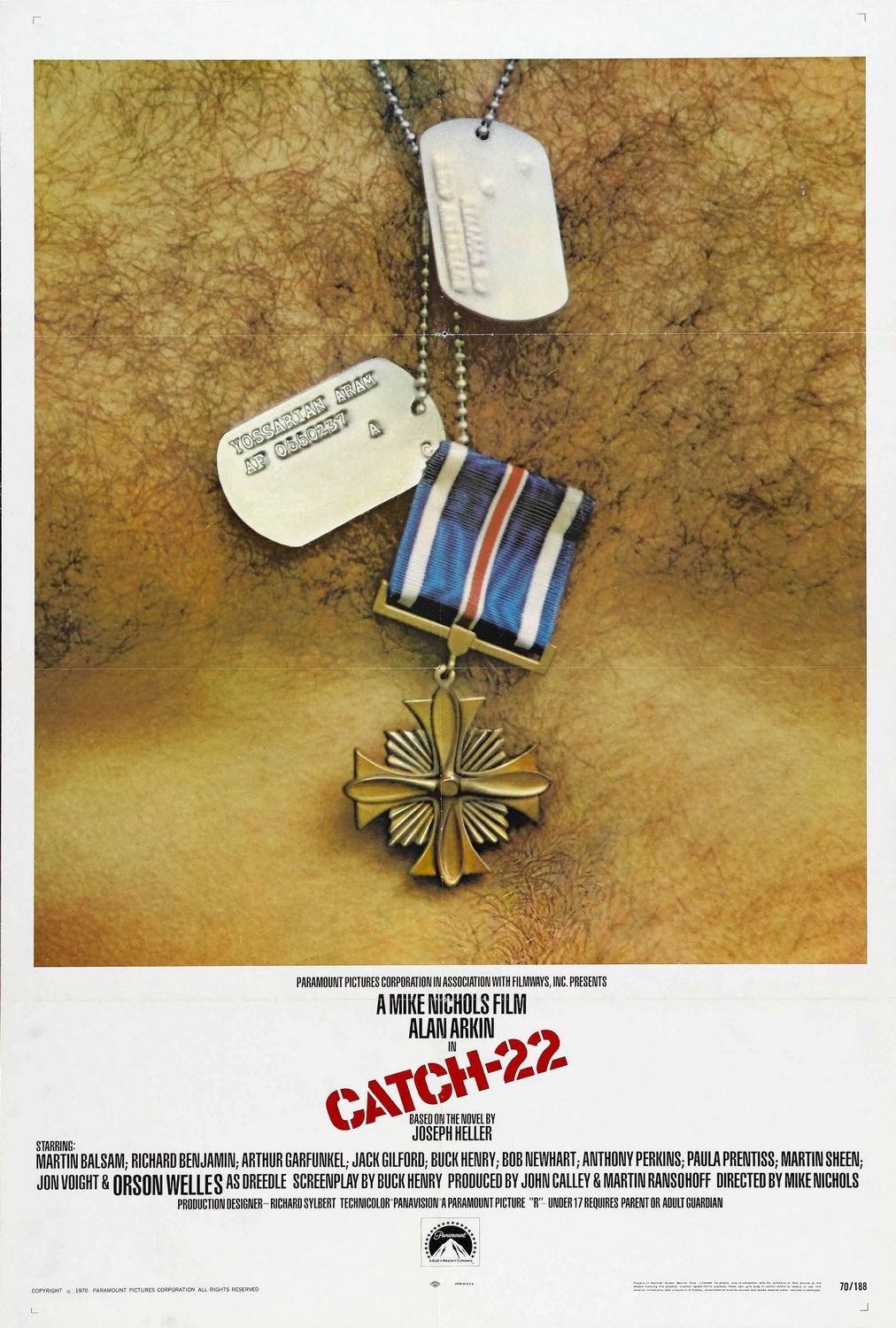 Brief Synopsis – A soldiers does all he can to get certified as insane so he can stop flying bombing missions during World War II.

My Take on it – This is a film that I recall seeing over 20 years ago, but only remembered the overall premise.

Rewatching it with fresh eyes was great because I got to relive the absurdity of the predicament that these characters find themselves in.

I must admit that I never read the Joseph Heller book this was based on, but since Buck Henry was such a funny writer, he was able to find a way to make this insane situation so enjoyable to watch unfold.

Alan Arkin does a wonderful job in the lead role and is able to give the viewer such a complex character that we are never quite sure how much of his personality is real and how much is an act.

This movie’s premise is a relatively simple one that becomes more complex when one tries to explain it and that helps keep things so entertaining along the way.

This film shows some of the harsh realities of war, but from a very satirical perspective that seems to be closer to truth than pure fiction.

MovieRob’s Favorite Trivia – Second unit director John Jordan refused to wear a harness during a bomber scene. While giving a hand signal to another airplane from the tail gunner position in the camera plane, he lost his grip and fell 4,000 feet to his death. (From IMDB)