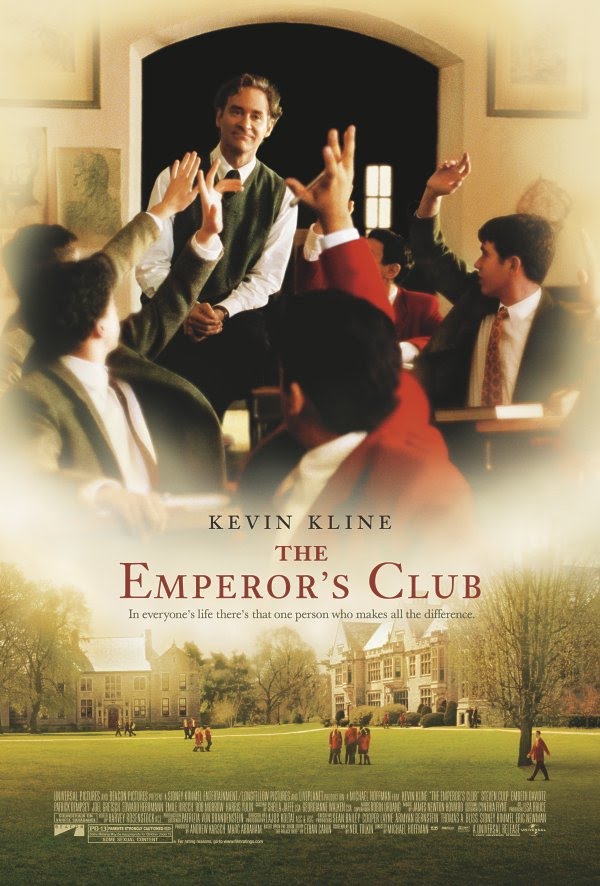 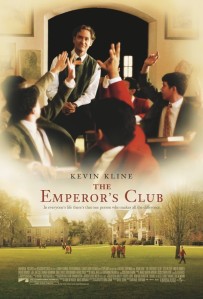 “As a great Aristophanes once wrote– roughly translated– “Youth ages, immaturity is outgrown. Ignorance can be educated and drunkenness sobered, but stupid… lasts forever.”” – William Hundert

Brief Synopsis – A prep school teacher looks back at his life as a teacher as he is on his way to a reunion of some of his gifted students.

My Take on it – Really fascinating story about the effects on a teacher ad how his life is molded by his work and his students.

Kevin Kline is superb in the lead role and gives off a vibe of being such an inspirational teacher.

The story feels a bit like Dead Poet’s Society (1989) at the beginning but soon takes on it’s own path.

The students as teens are played by Jessie Eisenberg, Emile Hirsch and Paul Dano.

As adults we get to see Patrick Dempsey, Joel Gretsch and Steven Culp in the same roles.

The story is quite emotional and deals with the premise of redemption and for making up for past errors and really shines throughout.

The film has a great message and delivers it quite powerfully.

MovieRob’s Favorite Trivia – When filming the movie, the location (Emma Willard school in Troy, NY) was still operating as a girl’s school. Emile Hirsch reportedly complained about the students, claiming that they were pestering him for his phone number. He also (reportedly) said some unsavory things about the school in general. When the students heard about this, they demanded an apology from Hirsch, which he delivered in front of the entire student body. At the school viewing, whenever he appeared on screen, the girls booed loudly and stories about him still circulate through the student body. (From IMDB)