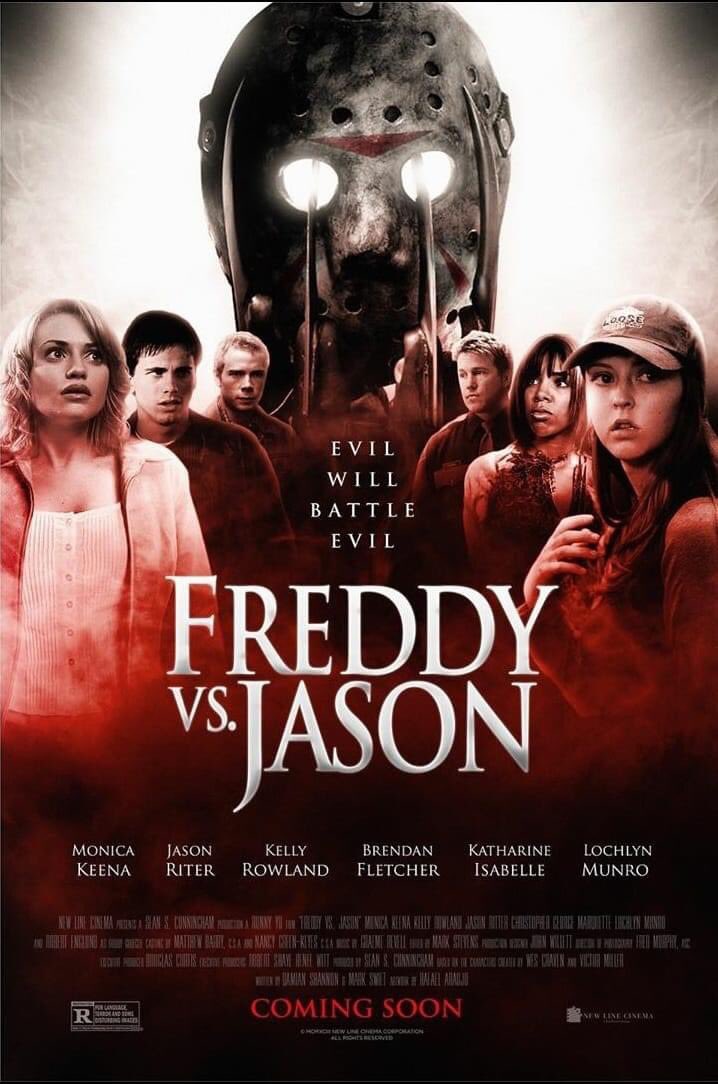 Brief Synopsis – Freddy Kruger and Jason try to work together in killing the kids of Elm Street, but also must deal with one another along the way.

My Take on it – Intriguing idea to blend together two horror franchises in order to revitalize both of the series at once.

The story unfortunately doesn’t work because of the sharp constrasts between these two characters regarding their methods and opportunities to strike.

The fact that these teens must be afraid both when they awake and when they are asleep does add a bit to the thrilling nature of the story, but unfortunately it just isn’t enough.

The best scenes of the film are the one on one battles between these two murderous killers, but due to the supernatural nature of it all, it gets a bit tiring watching then regenerate during these combat encounters between them.

The film once again tries to find some clever ways to kill the characters in unique methods not shown beforehand.

Great seeing Robert Englund back as Freddy and it was a nice swansong for him in the role even if it doesn’t measure up to some of the early films in the series.

MovieRob’s Favorite Trivia – According to Robert Englund, his Freddy make-up was so thick that he couldn’t tell how hot it was from the fires during filming. When he got in to have his make-up removed, it had bonded itself to his face. (From IMDB)